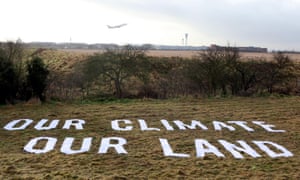 He suggested that breathing many tiny particles was more harmful than breathing one big one. The number of particles that we breathe is quite astonishing. Next to a busy road each cubic centimetre will contain around 10,000 pollution particles, all in the size range that engineers would label as nano-particles.

Since 1996, scientists have been looking for the health impacts from these tiny particles. A small number of studies, including one in London, found increased heart attacks when there were high numbers of particles in a city’s air. Major sources of exposure include traffic, airports and also fast-food restaurants.

Unlike other pollutants, such as nitrogen dioxide, we struggle to produce maps of particle numbers for a city. This makes it difficult to relate rates of deaths and heart attacks to the number of particles that we encounter as we go about our lives.

There is some good news. In 2008, the UK followed Germany and Scandinavian countries by cleaning diesel fuel. Taking out sulphur impurities reduced the number of particles next to roads by around 60%. Since then exhaust filters on diesel vehicles produced further slow improvements, but there are no plans to clean up aircraft fuel.