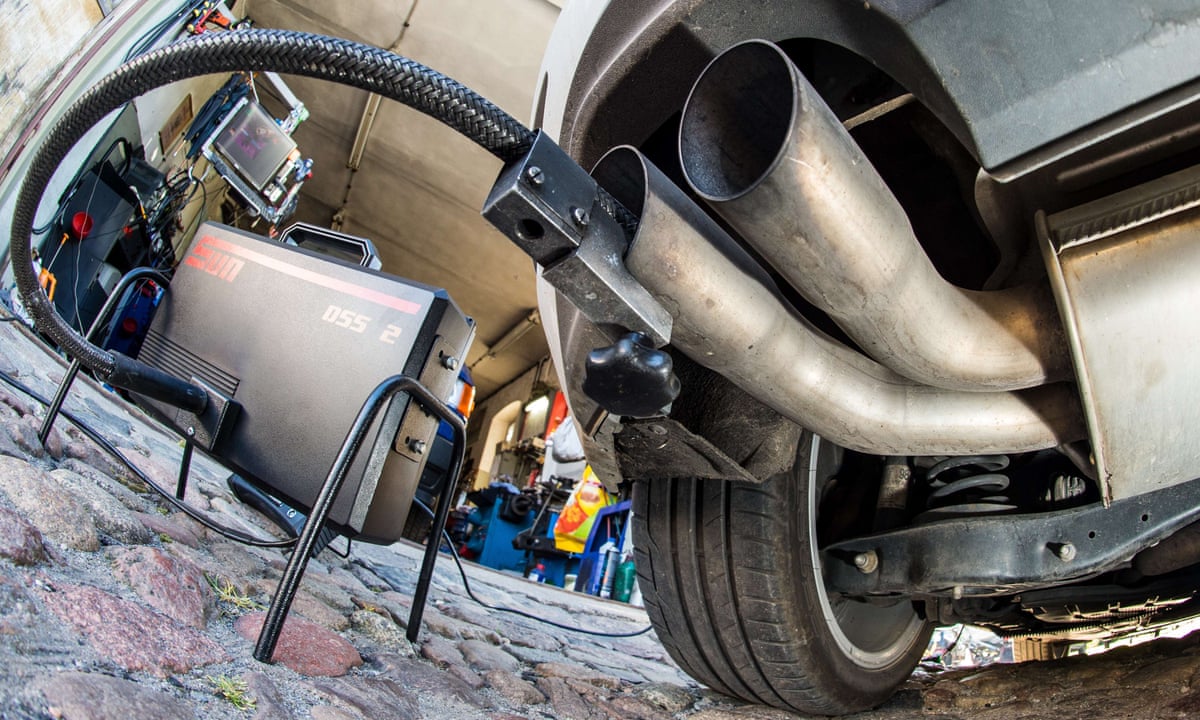 Mercedes-Benz, Honda, Mazda and Mitsubishi have joined the growing list of manufacturers whose diesel cars are known to emit significantly more pollution on the road than in regulatory tests, according to data obtained by the Guardian.

In more realistic on-road tests, some Honda models emitted six times the regulatory limit of NOx pollution while some unnamed 4×4 models had 20 times the NOx limit coming out of their exhaust pipes.

“The issue is a systemic one” across the industry, said Nick Molden, whose company Emissions Analytics tested the cars. The Guardian revealed last week that diesel cars from Renault, Nissan, Hyundai, Citroen, Fiat, Volvo and Jeep all pumped out significantly more NOx in more realistic driving conditions. NOx pollution is at illegal levels in many parts of the UK and is believed to have caused many thousands of premature deaths and billions of pounds in health costs.

All the diesel cars passed the EU’s official lab-based regulatory test (called NEDC), but the test has failed to cut air pollution as governments intended because carmakers designed vehicles that perform better in the lab than on the road. There is no evidence of illegal activity, such as the “defeat devices” used by Volkswagen.

The new data is from Emissions Analytics’ on-the-road testing programme, which is carefully controlled and closely matches the real-world test the European commission wants to introduce. The company tested both Euro 6 models, the newest and strictest standard, and earlier Euro 5 models. Data showed that:

Molden said Emissions Analytics had analysed about 50 Euro 6 diesels and 150 Euro 5 diesels, with only five having real-world NOx levels that matched the regulatory test. The failure of the EU’s NOx test to limit real-world emissions, and tackle air pollution, has been known for some years, but specific manufacturers have not been named.

“The VW issue in the US was purely the trigger which threw light on a slightly different problem in the EU – widespread legal over-emissions,” Molden said. “For NOx, [diesel] cars are on average four times over the legal limit, because of the lenient nature of the test cycle in the EU.” The Emissions Analytics tests showed 4x4s to have the highest NOx emissions, with several unnamed models emitting 15 times official levels and one more than 20 times.

“MEPs have been fighting for years to reform EU rules on diesel emissions-testing so they reflect real-world emissions. Yet the powerful car lobby and national governments have fiercely resisted these life-saving changes,” said Catherine Bearder, a LibDem MEP and a lead negotiator in the European parliament on the EU’s new air quality law. “The people of Europe have waited long enough for cleaner air, they must not be made to wait any longer.”

Friends of the Earth air pollution campaigner Jenny Bates said: “With further manufacturers implicated, this is yet more evidence that this scandal goes way beyond VW, and should cause decisionmakers to question the very future of diesel vehicles on our roads. This is a massive public health disgrace and the failure to prevent vehicles breaking pollution rules will have cost lives.”

Two car companies, Mercedes and Honda, said that supported a tightening of the regulations. “Mercedes-Benz emphatically supports the introduction of the WLTP test [which] is designed to supersede the NEDC, with the goal of bringing standardised and real-world consumption closer together,” said the spokesman. “To this end, we actively support the dialogue between industry (through trade group ACEA [European Automobile Manufacturers Association]) and the authorities.” Honda said it supported “additional testing in order to help strengthen regulatory and consumer confidence”.

However, in a letter seen by Reuters to EU officials, the ACEA chairman and Renault chief executive, Carlos Ghosn, said that no significant progress on NOx was possible before 2019. Reuters said that ACEA, which lobbies for Europe’s carmakers in Brussels, told the officials on 1 October that the NOx limit for a new, more realistic test should be 70% higher than today’s limit. An ACEA spokeswoman said it was “too early in the process to confirm or comment on hypothetical figures.”

“These new test results [from Emissions Analytics] prove that the Volkswagen scandal is just the tip of the iceberg. What we are seeing here is a dieselgate that covers many brands and many different car models,” said Greg Archer, an emissions expert at Transport & Environment. “The only solution is a strict new test that takes place on the road and verified by an authority not paid by the car industry.”