Delhi’s air pollution is causing a health crisis. So, what can be done?

The city’s toxic air has been linked to allergies, respiratory conditions, birth malformations and increasing incidence of cancers. But as a recent car-free experiment showed, action to cut pollution can be effective 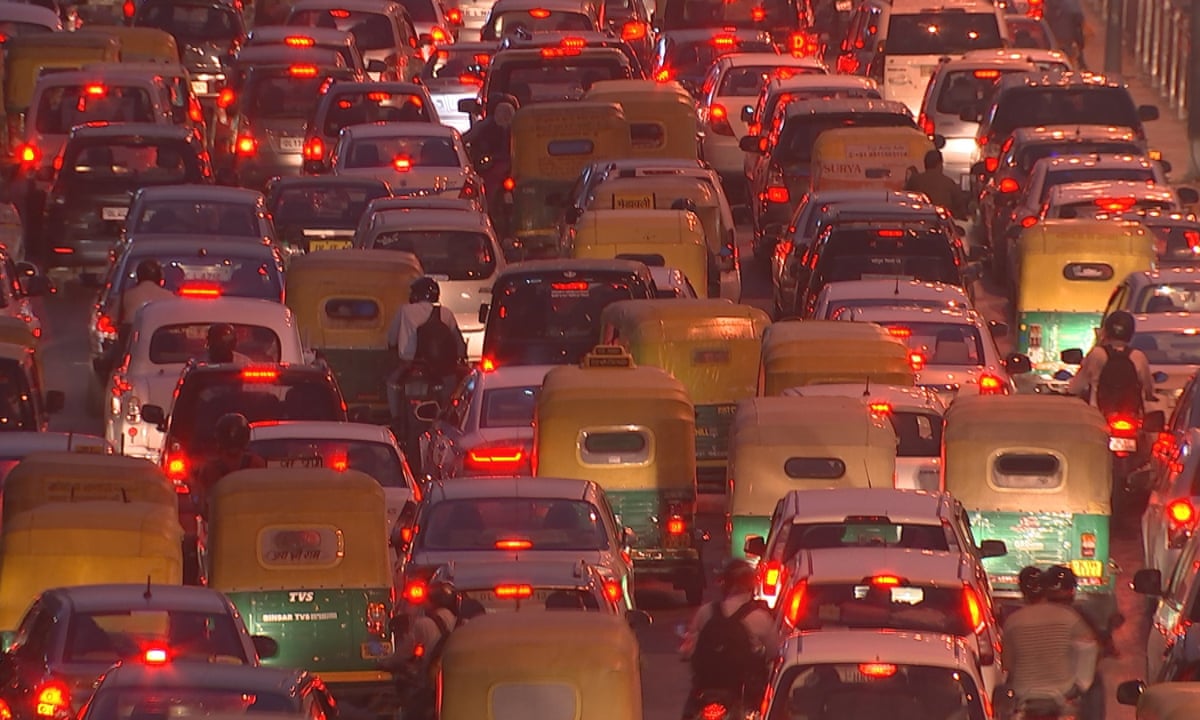 For a few hours one morning two weeks ago, private cars were banned from driving into the heart of old Delhi. It was hard to tell at the messy road junction in front of the historic Red Fort and the shopping street of Chandni Chowk, though, which was still crammed with auto-rickshaws and buses barrelling along the roads with seemingly little regard for any traffic rules. But Delhi’s so-called “car-free day” experiment was nevertheless a success: scientists monitoring the air here, routinely one of Delhi’s most polluted areas, found a dramatic 60% drop in the amount of dangerous pollutants – the tiniest particles that come out of traffic exhausts and which can exacerbate health problems such as asthma, heart disease and stroke – compared to the previous day.

Delhi is the most polluted city in the world, according to the World Health Organisation (WHO), and doctors and scientists say the locals there are facing a public health crisis. Beijing has historically drawn international attention when it comes to poor air quality but, in reality, that city’s air is nowhere near as dangerous as many of India’s major cities.

The rapid development of the country in recent years means India has the dubious honour of having 13 of the world’s 20 most polluted cities. The WHO found that Delhi had an average of 153 micrograms of the smallest particles, known as PM2.5s, per cubic metre in its air. The international “safe” level for these particles is 6 micrograms per cubic metre.

Delhi’s bad air is already causing a spike in the people with asthma and reduced lung function.

Filming in the city’s leading chest hospital, for a series of stories for ITV News at Ten on India’s challenges ahead of the climate change summit in Paris that begins later this month, a doctor told me he had to now keep his clinics open for double their normal hours in order to keep up with demand. Even then, the corridors were overrun with wheezing patients and a room that had a line of oxygen masks for patients to take respite breaths as they waited, had queues snaking out of the door.

The air is already having long-term effects on children in the Indian capital, 4.4 million of whom already have irreversible lung damage. “The children’s lung is in the budding stage, they are not mature,” said Prof Raj Kumar a respiratory specialist at the Vallabhbhai Patel Chest Institute, University of Delhi.

“Ultimately their bronchi or alveoli are going to be damaged and the lung function is harmed. [Since] that is the main organ where the oxidisation is taking place, if the lung is affected then the whole of your body will be affected.”

The damage goes beyond that – reaching even further back in people’s lives. At the Sir Ganga Ram Hospital, neonatologist Professor Neelam Kler has been working with the Public Health Foundation of India to track an increase in premature and underweight babies and those born with birth defects. “People are probably not so aware of the hidden effects of pollution and that is on the pregnant woman and the growing foetus in her body, which is a very vulnerable period,” she said.

There is already evidence of a spectrum of health problems, ranging from allergies and respiratory conditions, malformations, growth restrictions and even an increasing incidence of cancers, all of which could be related to increased pollution. “Putting it together, we are heading towards health disasters,” said Prof Kler.

The reasons behind the worsening air are manyfold – more than 8m vehicles on the roads already, with 1,400 new ones added every day. Most of those new vehicles burn diesel and face relatively low emissions standards, belching out clouds of the tiny PM2.5 particles that can be most harmful to health.

In addition to vehicles, there are an increasing number of diesel-burning electrical generators attached to the swanky apartment blocks springing up across the capital. Farms and coal-burning factories around the region further worsen the air.

The pollution has a double-whammy effect. Health problems are happening now but the vehicle and factory exhausts also contain greenhouse gases such as nitrous oxides, ozone and carbon dioxide. These will linger in the atmosphere for many decades and contribute to future climate change. India’s cities are facing the problems right now but the pollution (and its problems) is a stark indication of what many more developing nations will face in future.

The Indian government says it is aware. Environment minister Prakash Javadekar said he wants to fast-track the construction of a bypass that would prevent around 50,000 polluting lorries having to drive into the city every day. And he wants the car companies to clean up their vehicles to the more exacting standards in Europe. “We want to migrate early but auto industry is not ready,” he said.

The car industry in India could produce Euro-6 compliant vehicles, he said, but they have been lagging behind. “We will deal with this menace of air pollution and we will win the battle and there will be marked difference in the next two years.”

Delhi has managed to clean up its air before. At the turn of the century, the local government moved polluting industries out of the city, shut down coal-burning power plants and forced public transport vehicles to move from diesel and petrol to cleaner gas alternatives. The air quality improved steadily until 2007, said Anumita Roychowdhury of the Centre for Science and Environment, a Delhi thinktank.

“But after that, if you look at the data, 2009 onwards, you will find the levels are going up again and gone up so high that now what we are saying is that we have lost the gains of the first generation action,” she said. “And that’s the scary story unfolding today. What has gone wrong is that the momentum that we had built to clean up, we could not keep that momentum going. Somewhere along the line the pollution source has overwhelmed the action.” 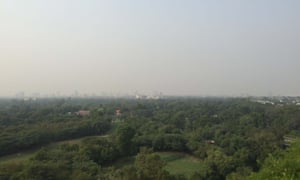 For Profs Kler and Kumar, all Delhi citizens need to do their part in dealing with the pollution problem. Health professionals need to petition authorities to act and individuals must work out how to keep the city growing without just buying more cars.

“Development not only means industrialisation,” said Prof Kler. “I think its a time that we take a note of it and do something about the quality of air, the quality of water, our waste disposal, so that we don’t become a heap of garbage.”

As Delhi chokes, initiatives such as the car-free day around the Red Fort two weeks ago will become more important in bringing attention to the pollution crisis. A small crowd had gathered that morning with banners and wearing T-shirts with slogans reading “No Pollution, No Congestion”. They marched around the road in the shadow of the Red Fort on the day, handing leaflets out to passers by.

Sunil Dahiya, a campaigner with Greenpeace India who was measuring the levels of pollutants in the air around him, said: “If you talk to anybody there will be appreciation of yes Delhi air is very hazardously polluted and there should be something done about it.”

Source: Delhi’s air pollution is causing a health crisis. So, what can be done? | Environment | The Guardian