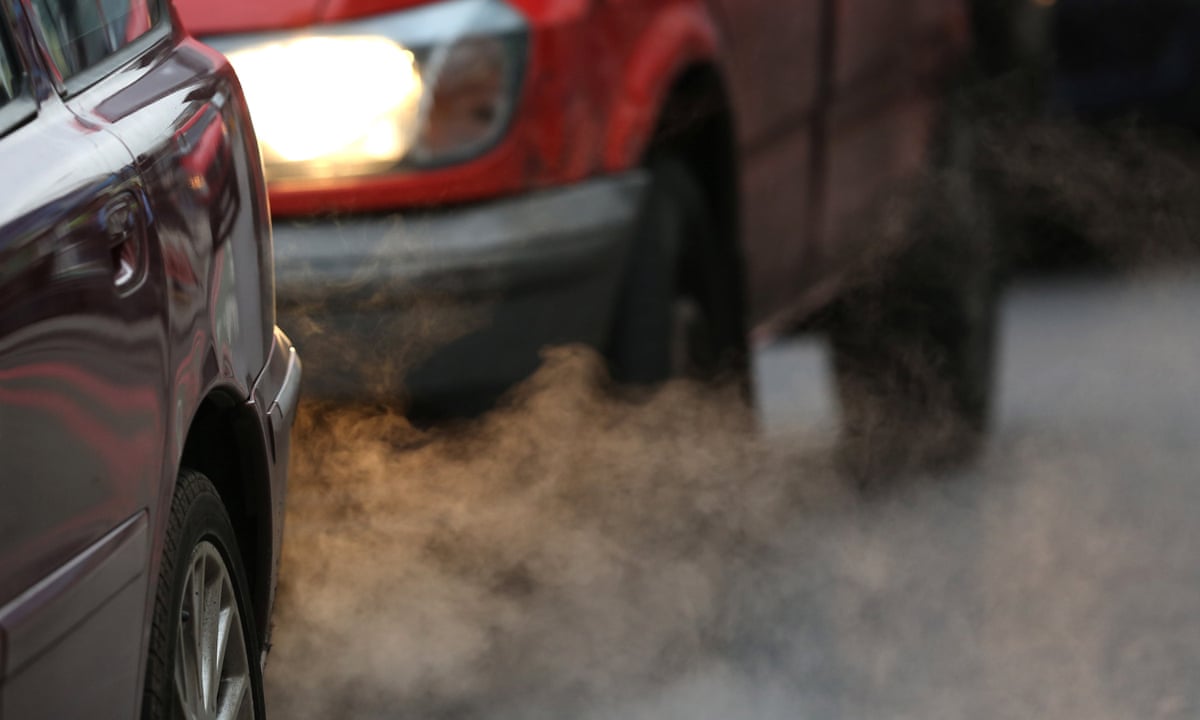 London has already breached annual pollution limits just one week into 2016, and only weeks after the government published its plans to clean up the UK’s air.

At 7am on Friday, Putney High Street in West London breached annual limits for nitrogen dioxide (NO2), a toxic gas produced by diesel vehicles that has been linked to respiratory and heart problems.

Under EU rules, sites are only allowed to breach hourly limits of 200 micrograms of NO2 per cubic meter of air 18 times in a year, but this morning Putney broke that limit for the 19th time. Chelsea and Kensington is expected to do the same later today.

Oxford Street has almost certainly also broken the limit already, having breached the hourly level a thousand times last year, but the monitoring station has malfunctioned.

Campaigners said it was “breathtaking” the breach had come so early, though Oxford Street breached the annual limit in two days in 2015.

Nationally, a roadside near the South Wales town of Swffryd appears to be the only other place to have broken the hourly limit, though it is still far from having breached the annual limit. Other sites recording high readings so far this year include ones in Aberdeen, Belfast, Exeter, Glasgow and Stoke-on-Trent, and several other roads in London.

The UK has been in breach of EU NO2 pollution limits for five years now and last spring was ordered by the supreme court to publish an action plan on how to tackle the major health crisis, following a challenge by environmental law group ClientEarth.

The resulting government plan was published in December, but London, Birmingham, Leeds, Liverpool, Cardiff and Edinburgh and other major cities will still be in breach of NO2 limits for at least another five years, despite the new measures. Private passenger cars are exempt from the plan.

Attention on the harm caused to human health by NO2 came to the fore last year when it was revealed that VW had cheated NO2 emissions tests in the US, with the scandal affecting 1.2m diesel cars in the UK. Next week, VW UK bosses will be quizzed by MPs on the Environment, Food and Rural Affairs committee on diesel pollution and what they are doing to make cleaner cars.

Andrew Grieve, an air quality analyst at King’s College London, which measures London’s air pollution levels, said the early breach in the capital was not extraordinary looking at data from previous years.

“It’s just [that] central London, and London as a whole, have a really huge problem with NO2. Breaching so early in the year really just illustrates how big a problem it is,” he told the Guardian. He added that there were lots of similar roads to those that breached limits earlier but did not have monitors on them.

Campaigners and politicians blamed the government for the breach.

Alan Andrews, a lawyer for ClientEarth, said: “This is exactly why we are taking the government back to court [over the plan it published in December]. Its failure to deal with illegal levels of air pollution, which causes thousands of early deaths in London every year, is a scandal.” 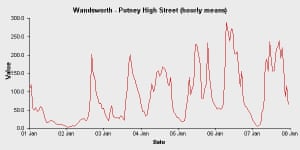 Simon Birkett, founder and director of Clean Air in London, said: “It is breathtaking that toxic air pollution in London has breached the legal limit for a whole year within a few days.”

Labour MEP, Seb Dance, said the government should ‘put up or shut up’: “Receiving this dubious accolade has become a depressing annual event for London. NOx [which includes NO2] kills thousands of Londoners every year, but the government shows no inclination to take proper action.

“Tory ministers say the right things, but in reality they have lobbied hard against ambitious new EU air quality targets and have let car manufacturers off the hook after the VW scandal. It’s time for the UK government to put up or shut up.”

A spokesman for the mayor of London’s office said: “The mayor is leading the most ambitious and comprehensive package of measures in the world to improve London’s air quality. His recent £10m bus retrofit programme has led to a sustained reduction in NO2 concentrations on Putney High Street.”

A report commissioned by mayor Boris Johnson last year found that nearly 9,500 people die prematurely each year because of the capital’s dirty air. A ultra low emissions zone is due to begin in 2020 in London to help tackle the problem.

Across the UK, particulate pollution – distinct from NO2 – is blamed by Public Health England for about 30,000 premature deaths a year.

That estimate was expected to double to 60,000 annual deaths last year to take into account the additional impact of NO2. However, the government committee working on the science concluded in December that so far it has proved too hard to separate deaths from particulates known as PM2.5s and those from NO2.

Despite the difficulty of distinguishing between the two, it said that “it would be sensible to regard NO2 as causing some of the health impact found to be associated with it in epidemiological studies.”