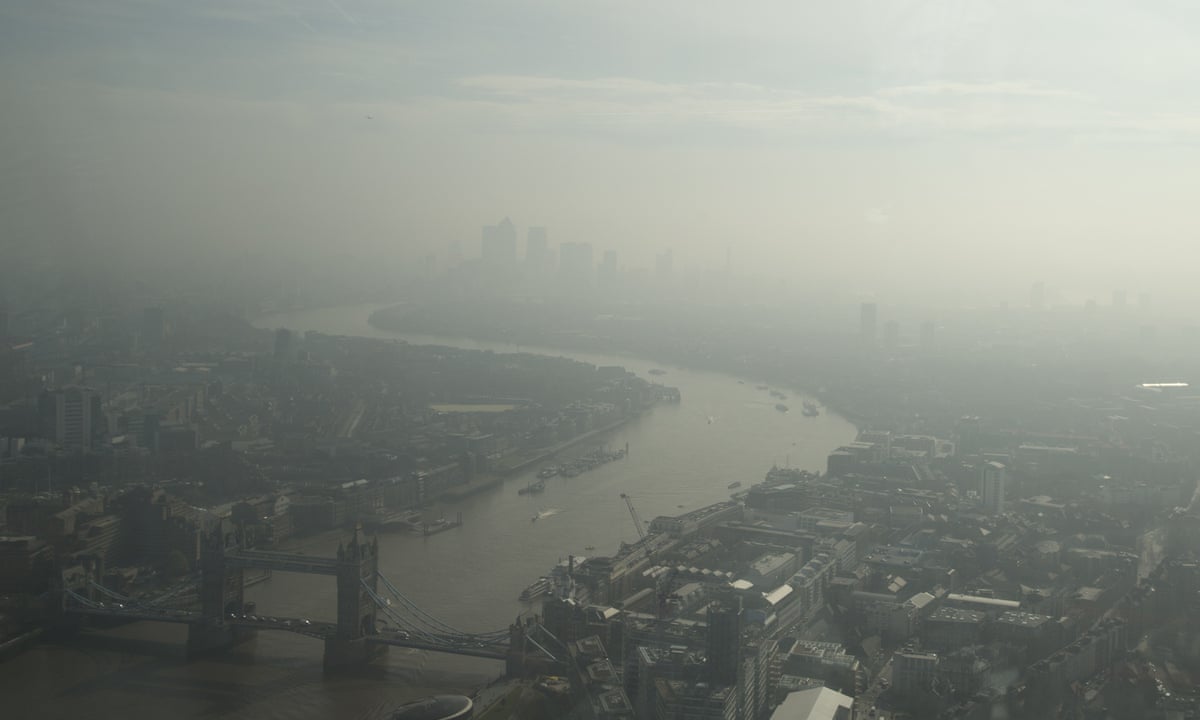 UK environment ministers will be taken to court within weeks to make them speed up plans to reduce dangerous urban air pollution.

Law firm ClientEarth, which last year forced the Department for the Environment, Food and Rural Affairs (Defra) to come up with fresh plans to tackle illegal NO2 levels in British cities, warned that it would seek urgent court action because thousands of people’s lives were at risk if present government plans were not strengthened.

Under new plans revealed before Christmas, Defra promised clean air zones for five cities by 2020 in addition to one already planned for London. But it will still take at least five years to clean up pollution in many cities, including Manchester, Cardiff and Edinburgh.

“The government seem to think that the health of people in cities like Glasgow, Manchester and Bristol is less important than that of people in London. While London gets a clean air zone covering all vehicles, Birmingham gets a second-class zone and Derby and Southampton third-class, while other areas including Manchester and Liverpool are left out. We all have the same right to breathe clean air,” said Alan Andrews of ClientEarth.

Andrews said that ClientEarth would go to the high court by 17 March and would ask for the case to be fast-tracked because people’s lives were at risk. Nearly 6,000 people die prematurely each year in London alone because of NO2,according to one study.

“They [the government] have had since 2011. We are looking for a hearing this year, hopefully before the summer. This is such an urgent issue.

“The supreme court ordered government to take immediate action. These plans are an outrageous statement … that the government doesn’t intend to comply as soon as possible. It is an arrogant response that is simply not good enough,” he said.

In an article for the Guardian on Wednesday, barrister Justine Thornton, the wife of former Labour party leader Ed Miliband, says air pollution is a political scandal which the courts should resolve.

“The government is still putting short-term political priorities ahead of public health and people’s lives. The revised air pollution plan soft pedals on pollution by private motorists while the government appears intent on watering down European legal limits for vehicle emissions.

“The stage is set for a fascinating tussle between law and politics. The UK court will have to roll up its sleeves and decide whether this government is doing what it can to make our air as safe as possible,” wrote Thornton, who will next month formally become a QC.

“Ten more years of dangerous air pollution in London puts a whole generation of children at risk. The quality of the air that our children breathe is too important to be decided behind closed doors by government and vehicle manufacturers,” she wrote.

NO2 pollution limits for the whole year were breached in Putney high street and Knightsbridge last week. These state that maximum hourly nitrogen dioxide concentrations are not exceeded for more than 18 hours a year.