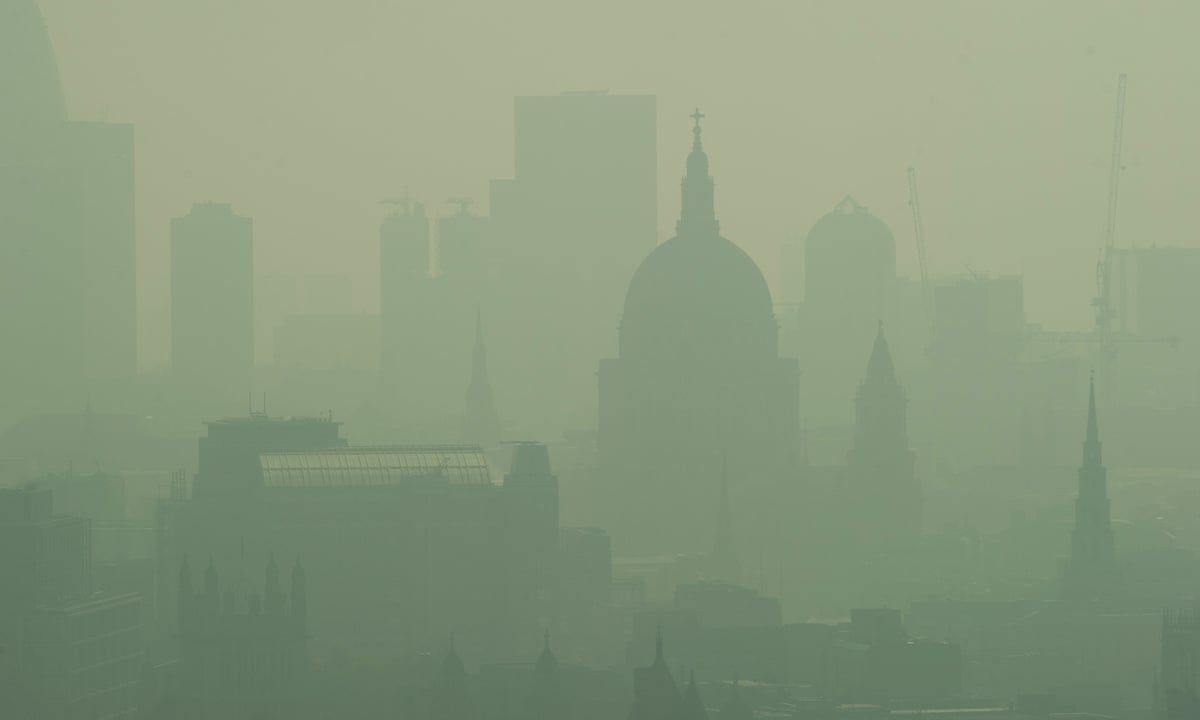 The World Health Organisation has issued a stark new warning about deadly levels of pollution in many of the world’s biggest cities, claiming poor air quality is killing millions and threatening to overwhelm health services across the globe.

Before the release next month of figures that will show air pollution has worsened since 2014 in hundreds of already blighted urban areas, the WHO says there is now a global “public health emergency” that will have untold financial implications for governments.

The latest data, taken from 2,000 cities, will show further deterioration in many places as populations have grown, leaving large areas under clouds of smog created by a mix of transport fumes, construction dust, toxic gases from power generation and wood burning in homes.

The toxic haze blanketing cities could be clearly seen last week from the international space station. Last week it was also revealed that several streets in London had exceeded their annual limits for nitrogen dioxide emissions just a few days into 2016.

“We have a public health emergency in many countries from pollution. It’s dramatic, one of the biggest problems we are facing globally, with horrible future costs to society,” said Maria Neira, head of public health at the WHO, which is a specialist agency of the United Nations. “Air pollution leads to chronic diseases which require hospital space. Before, we knew that pollution was responsible for diseases like pneumonia and asthma. Now we know that it leads to bloodstream, heart and cardiovascular diseases, too – even dementia. We are storing up problems. These are chronic diseases that require hospital beds. The cost will be enormous,” said Neira.

Last week David Cameron, whose government has been accused of dragging its feet over air pollution and is facing legal challenges over alleged inaction, conceded in the Commons that the growing problem of air pollution in urban areas of the UK has implications for major policy decisions such as whether to expand Heathrow airport.

Asked by Tory MP Tania Mathias to pledge that he would never allow Heathrow to expand while nitrogen dioxide levels are risking the health of millions, Cameron said she was right to raise the matter, which was now “directly being taken on by the government”. Last December, after warnings from the Commons environmental audit committee and others, Cameron put off a decision on Heathrow expansion for at least another six months.

Government sources say Cameron and other ministers are now taking the air pollution issue far more seriously. In 2014 the prime minister was widely criticised for describing it as “a naturally occurring weather phenomenon”.

According to the UN, there are now 3.3 million premature deaths every year from air pollution, about three-quarters of which are from strokes and heart attacks. With nearly 1.4 million deaths a year, China has the most air pollution fatalities, followed by India with 645,000 and Pakistan with 110,000.

In Britain, where latest figures suggest that around 29,000 people a year die prematurely from particulate pollution and thousands more from long-term exposure to nitrogen dioxide gas, emitted largely by diesel engines, the government is being taken to court over its intention to delay addressing pollution for at least 10 years.

The NGO ClientEarth, which last year forced ministers to come up with fresh plans to tackle illegal nitrogen dioxide levels in British cities, said that it would seek urgent court action because the proposed solutions would take so long to implement and produce cleaner environments. Under the latest government plan, announced before Christmas, the Department for Environment, Food and Rural Affairs (Defra) promised clean air zones for five cities by 2020 in addition to one already planned for London. But this will mean it will years before cities such as Manchester, Cardiff and Edinburgh feel the benefits.

Frank Kelly, director of the environmental health research group at King’s College London, and an adviser to several governments on the health risks of pollution, told the Observer that air pollution had become a “global plague”. “It affects everyone, above all people in cities. As the world becomes more urbanised, it is becoming worse.”

Sotiris Vardoulakis, head of Public Health England’s environmental change department, said: “It’s the leading environmental health risk factor in the UK, responsible for 5% of all adult mortality. If we take action to reduce it, it will have multiple health co-benefits like lower greenhouse gas emissions and healthier cities. Air pollution has an impact on NHS spending, but we have not quantified it.”

Leading economist Lord Stern said air pollution was an important factor in climate change. “Air pollution is of fundamental importance. We are only just learning about the scale of the toxicity of coal and diesel. We know that in China, 4,000 people a day die of air pollution. In India it is far worse. This is a deep, deep problem,” he said.

The latest scientific research, published in the journal Nature, suggests that air pollution now kills more people a year than malaria and HIV combined, and in many countries accounts for roughly 10 times more deaths than road accidents.

According to the WHO, air quality is deteriorating around the world to the point where only one in eight people live in cities that meet recommended air pollution levels.

On Monday the shadow chancellor, John McDonnell, will give evidence in a trial of 13 climate change activists who occupied a Heathrow runway in July, delaying or cancelling flights. The Labour MP, whose Hayes and Harlington constituency includes Heathrow airport, has been a prominent opponent of the airport’s expansion and has strongly backed local residents who are resisting a third runway. At a rally in October he said: “In my constituency at the moment, people are literally dying. They’re dying because the air has already been poisoned by the aviation industry.”