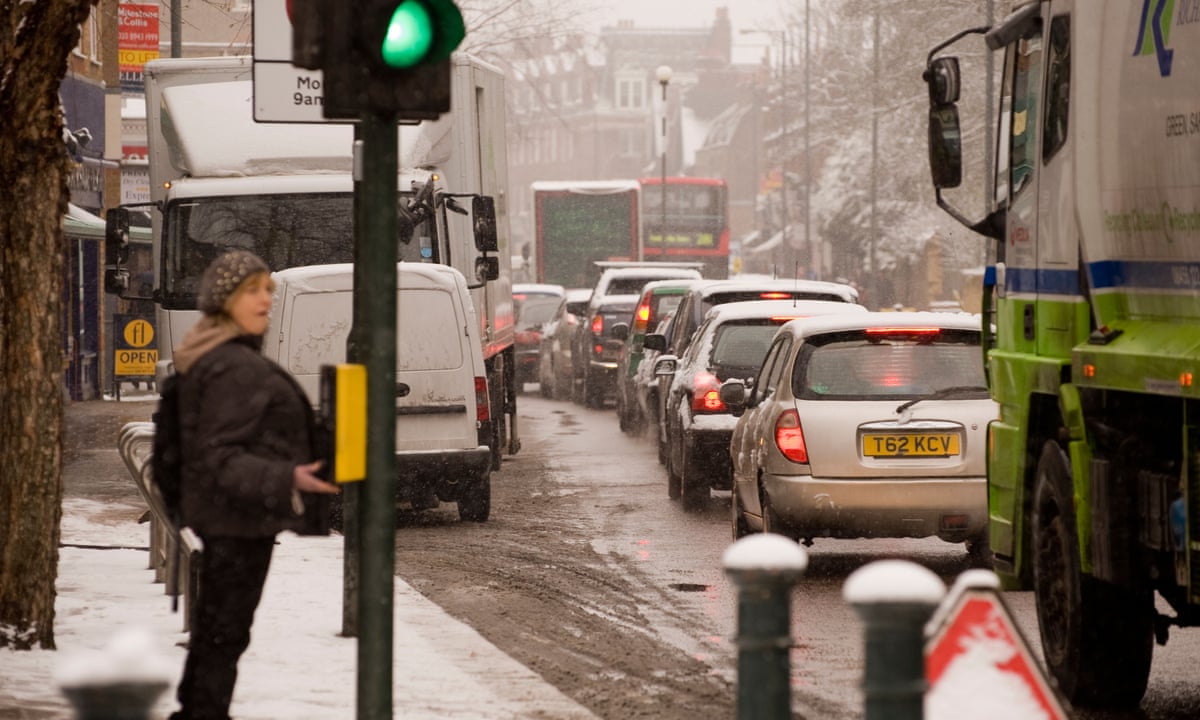 The rise in deaths attributed to air pollution was announced as scientists warned of high particulate pollution across much of London and south-east England. Photograph: Trevor Aston/Alamy

The number of premature deaths attributed to particulate pollution has risen,government figures show.

According to Public Health England, the percentage of premature deaths attributable to minute particles known as PM2.5s rose to 5.3% in 2013 in England from 5.1% in 2012. The death rate in London rose to 6.7% from 6.6%. The figures follow significant improvements in air quality across England in 2010 and 2011.

The figures were announced as scientists at King’s College London warned of “high” or “very high” particulate pollution across much of London and south-east England for a second day. People with heart conditions or breathing problems were advised to reduce exercise and to stay at home.

Much of the polluted air has drifted in from continental Europe and has been trapped by the cold air which is now spread over eastern England. “It has travelled through industrialised and urban parts of Europe over the last three days, picking up emissions.

“This will add to London’s already elevated pollution concentrations, and we are therefore likely to see widespread ‘high’ particulate pollution across the city with an outside chance of ‘very high’ at some very busy roadside locations,” said a King’s spokesman.

The high pollution levels are expected to drop within 24 hours as warmer, wetter air spreads from the west.

The government’s air pollution forecast today said: “Moderate, locally high, air pollution around London, which has built up due to persistent light winds, should gradually disperse during the day as winds begin to pick up a little. Similar for the pockets of moderate air pollution observed around central England.”

However this figure does not include deaths attributable to the noxious gas NO2 which is largely emitted from diesel engines, the impact of which is proving harder to distinguish from particulate pollution than scientists had hoped.

A spokeswoman for Friends of the Earth said: “There must be proper public warnings when there are bad air pollution episodes like today’s – but rather than people having to restrict their activities it must be vehicles which are restricted so that people’s health is protected.”