Air pollution rising at an ‘alarming rate’ in world’s cities

Outdoor pollution has risen 8% in five years with fast-growing cities in the developing world worst affected, WHO data shows 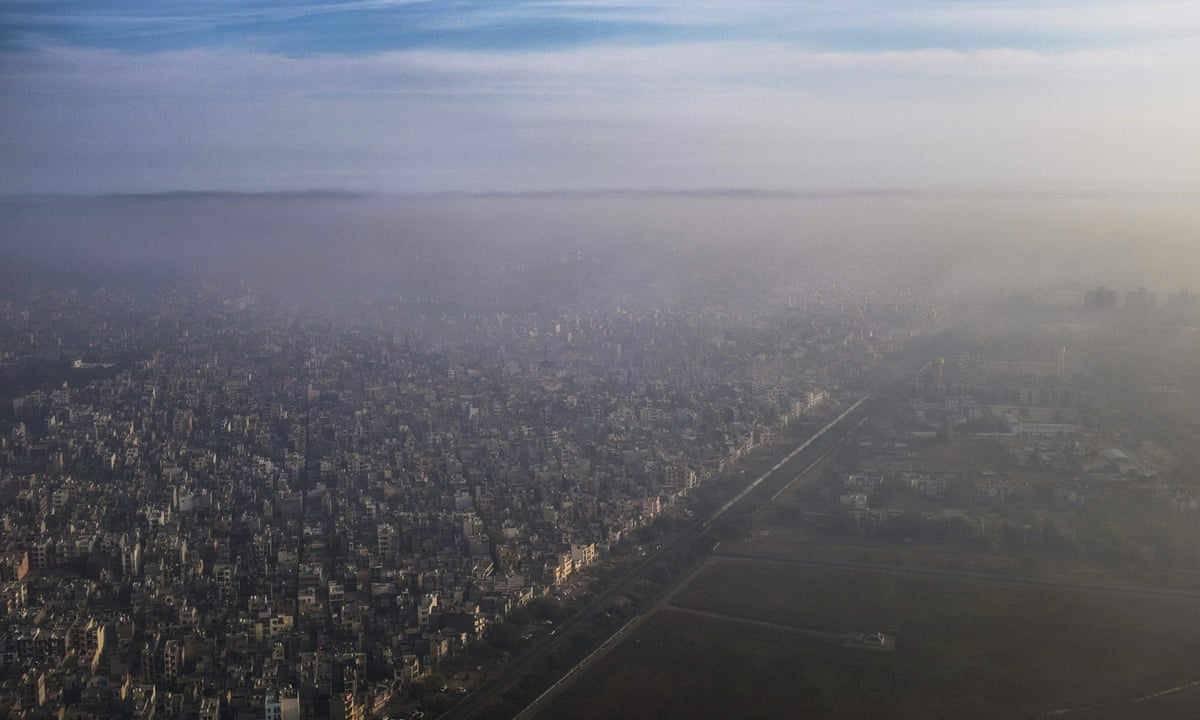 Outdoor air pollution has grown 8% globally in the past five years, with billions of people around the world now exposed to dangerous air, according to new data from more than 3,000 cities compiled by the World Health Organisation (WHO).

While all regions are affected, fast-growing cities in the Middle East, south-east Asia and the western Pacific are the most impacted with many showing pollution levels at five to 10 times above WHO recommended levels.

According to the new WHO database, levels of ultra-fine particles of less than 2.5 microns (PM2.5s) are highest in India, which has 16 of the world’s 30 most polluted cities.

China, which has been plagued by air pollution, has improved its air quality since 2011 and now has only five cities in the top 30. Nine other countries, including Pakistan and Iran, have one city each in the worst 30.

For the larger, but slightly less dangerous PM10 particles, India has eight cities in the world’s top 30. Nigeria, Saudi Arabia and Pakistan each have two cities in the top 10. The true figure for the growth in global air pollution is likely to be worse because only a handful of African cities monitor their levels.

The most polluted city in the world, according to the WHO data, is Onitsha, a fast-growing port and transit city in south-eastern Nigeria that recorded levels of nearly 600 micrograms per cubic metre of PM10s – around 20 times the WHO recommended level.

Air pollution levels were generally much lower for cities in developed countries with Sydney, New York and London registering 17, 16 and 22 micrograms per cubic metre for PM10s respectively. However, the data only includes measurements for particulates and does not include forms of air pollution such as NO2 and ozone.

“We have a public health emergency in many countries. Urban air pollution continues to rise at an alarming rate, wreaking havoc on human health. It’s dramatic, one of the biggest problems we are facing globally, with terrible future costs to society,” said Dr Maria Neira, director of public health at the WHO in Geneva.

“The cost for countries is enormous. Air pollution affects economies and people’s quality of life. It leads to major chronic diseases and to people ultimately dying,” she said.

The new data, drawn from city and academic records, shows a rapid deterioration in air quality as low-income cities grow unchecked and populations become unable to escape clouds of smog and soot from transport, industry, construction sites, farming and wood-burning in homes.

Outdoor air pollution causes more than 3m deaths a year – more than malaria and HIV/Aids – and is now the biggest single killer in the world. The toll is expected to double as urban populations increase and car numbers approach 2bn by 2050.

Air pollutants such as sulphates, nitrates and black carbon penetrate deep into the lungs and into the cardiovascular system, posing the greatest risks to human health, says the UN.

“As urban air quality declines, the risk of stroke, heart disease, lung cancer, and chronic and acute respiratory diseases, including asthma, increases for the people who live in them. When dirty air blankets our cities the most vulnerable urban populations – the youngest, oldest and poorest – are the most impacted,” said Flavia Bustreo, WHO assistant director general.

Encouragingly, there is evidence from the WHO data that many cities are addressing air pollution. More than half of the monitored cities in high-income countries and more than one-third of those in low- and middle-income countries reduced their air pollution levels by more than 5% in five years. Delhi, one of the most polluted cities in the world, has banned large diesel cars from going into the city centre.

Measures taken by cities include reducing industrial smokestack emissions, increasing the use of renewable power sources like solar and wind, and prioritising rapid transit, walking and cycling networks in cities. Many cities are also committed to reducing reducing car traffic and diesel vehicles in particular.

The UN’s third outdoor air pollution database suggests the cleanest cities in the world are generally small, wealthy and situated far from industrial centres. Muonio in Finland, a town above the Arctic circle, has the world’s purest recorded urban air, recording just 2 micrograms per cubic metre of PM2.5 pollution and 4 micrograms per cubic metre of PM10s. It is closely followed by Norman Wells in Canada, Campisábalos in Spain and Converse County, Wyoming in the US.

Of 52 UK towns and cities included in the UN database, Port Talbot in south Wales, a hub for the UK steel industry, is the most polluted, ahead of London, Glasgow, Southampton and Leeds. The cleanest UK city in the WHO list is Inverness, followed by Bournemouth, Newcastle and Sunderland.

“More than 80% of people living in urban areas that monitor air pollution are exposed to air quality levels that exceed the World Health Organisation limits. While all regions of the world are affected, populations in low-income cities are the most impacted; 98% of cities in low- and middle income countries with more than 100,000 inhabitants do not meet WHO air quality guidelines. However, in high income countries, that percentage decreases to 56%,” said the WHO.