Ian Colbeck: About 3,000 British schools are in areas where air quality is poor, with those in poorer communities suffering more 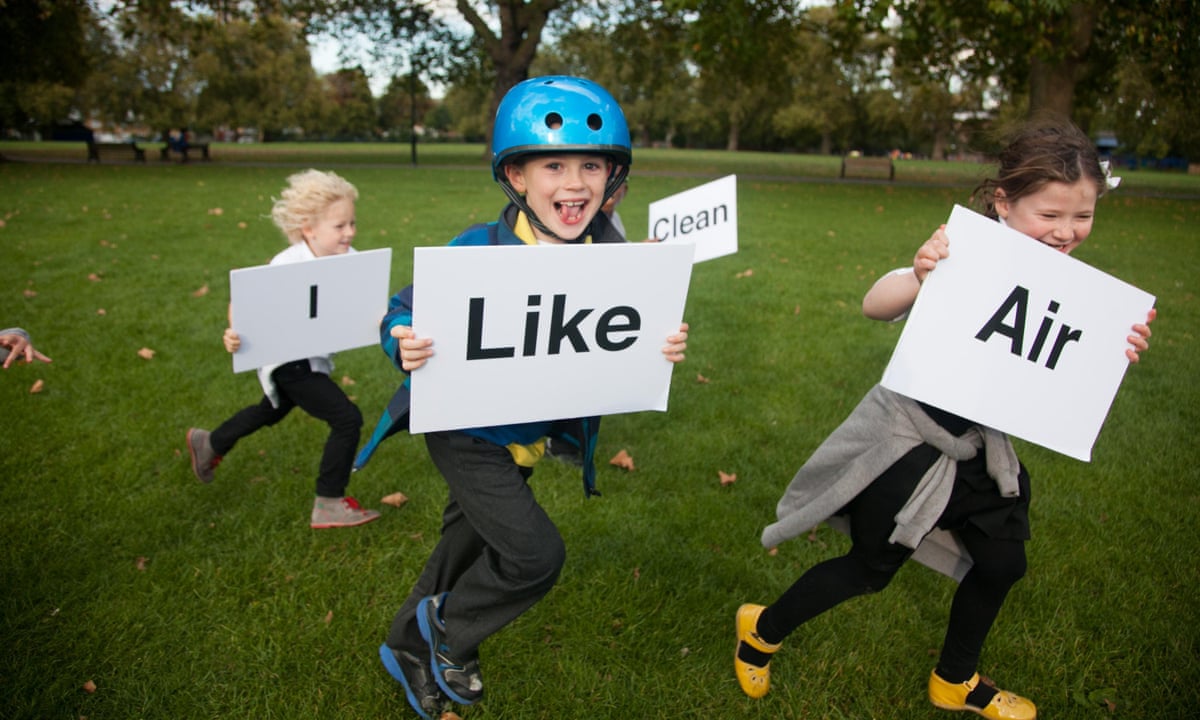 Former London mayor Boris Johnson has been accused of holding back negative findings from a 2013 report on the city’s air pollution.

The report stated that 433 of London’s 1,777 primary schools were in areas where nitrogen dioxide concentrations breached EU limits. Nitrogen dioxide, or NO2, is an air pollutant that when inhaled can aggravate respiratory diseases such as asthma, emphysema and bronchitis. It has been estimated that in 2010 there were 5,900 deaths in London associated with long term exposure to NO2.

There’s a social element too. Of those 433 polluted schools, 82% were officially considered “deprived” (where more than 40% of pupils eligible for free school meals).

Given that the then-mayor was, for some time, promoting Cleaner Air 4 Schools it is difficult to understand why the report wasn’t released three years ago. After all, the finding that children, especially poorer children, suffer the most from air pollution isn’t particularly surprising.

In November 2015 a study by King’s College London and the thinktank Policy Exchange found that a third of the capital’s primary, secondary and independent schools were situated in areas with NO2concentrations above legal limits. This equates to about one in four school children in London being exposed to poor air quality.

This isn’t just a London thing: the Sunday Times mapped school location against government data of NO2 emissions per square kilometre and found that about 3,000 British schools were sited in areas with potentially dangerous levels of air pollution.

Two schools in South Yorkshire next to the M1, England’s main north-south motorway, are to be relocated as their pupils were exposed to too much air pollution.

However in Croydon, south London, a new school is to be built next to a busy arterial road where NO2 concentrations have been shown to exceeded EU limits. It is proposed that the school will be “internally ventilated” to reduce the pupil’s exposure.

The London report highlights the importance of environmental justice: deprived poorer communities suffer from poor air quality more than wealthy communities and by implication its associated disease burden. This has been known for some time and data from 2001 indicates that of the 2.5 million people in areas of Britain where the NO2 limit value was breached, more than half were among the poorest 20% of the population. A more recent analysis found that air quality improvement has been greatest in the least deprived areas.

There is now a wealth of research papers that have characterised children’s exposure to air pollutants in schools, although many concentrate on indoor air quality. In one of the most comprehensive studies, focused on Barcelona, it was found that schools had high levels of pollutants because the majority of them were very close to high traffic streets. However schools contribute to just over 30% of a child’s total exposure to air pollution.

Why is exposure to air pollution of particular concern for children? Young people are more susceptible to air pollution as their lungs are still growing and developing, and because they tend to spend more time being active outdoors. For example children living in areas with high levels of nitrogen dioxide have up to 10% less lung capacity) than normal.

Both the Royal College of Physicians and parliament’s environment audit committee have noted that little attention has been paid to planning when it comes to air pollution at schools due to their proximity to roads. The committee even recommended that national planning policy “should make it impossible to build new schools, care homes or health clinics near existing air pollution hotspots, and any redevelopment of such existing buildings should only be approved if they reduce pollution exposure for their users. Building regulations should provide for existing schools sited near pollution hotspots to be fitted with air filtration systems.”

Transport to and from school is one option that should be considered. However, parents are often reluctant to allow their child to walk along busy roads and so often drive, making the situation worse. Children these days are walking to school less often. In the 1970s an estimated 64% of all trips to school were made by walking (74% for primary age pupils and 53% for secondary age). By 2014 younger children were being driven as often as they walked in (both 46%) while older children were walking just 38% of the time.

Exploring safer or “well-being” walking routes could be one solution to encourage more walking to school and reduce exposure to air pollution.

Every council has a legal duty to increase opportunities for children to travel to and from school by sustainable modes such as cycling and walking. Most schools have a “travel plan” which identifies healthy and sustainable transport options to help to reduce the numbers of cars on the road at peak times and improve the local environment. More could be done to make parents aware of these.

Source: Why air pollution in schools is such a big deal – and what to do about it | Ian Colbeck | Environment | The Guardian