The air pollution crisis is getting worse. As the world becomes increasingly urbanised, the battle will be won or lost on the streets of our cities 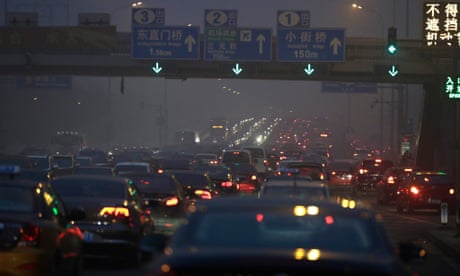 You never see ‘air pollution’ written as the cause on death certificates,” an expert once told me. If it was, she suggested, the enormous toll toxic air takes on the health of billions of the world’s people would prompt a global emergency response.

But the winds of change are now blasting the air pollution crisis to greater prominence – driven by new data, revelations about the impact of poisonous air on virtually all aspects of health and, crucially, the increasing anger of affected people and communities.

There is no doubt that air pollution is a global crisis: it causes 6.5 million early deaths a year. That is double the number of people lost to HIV/Aids, tuberculosis and malaria combined, and four times the number killed on the world’s roads. In Africa, air pollution kills three times more people than malnutrition.

Half the early deaths result from indoor cooking with smoky fuels, a problem linked closely to poverty and readily solved, if the will and means exist. But the other half results from outdoor air pollution – caused by traffic, power stations, factories, construction, heating and more – and is far more dispersed and harder to tackle. 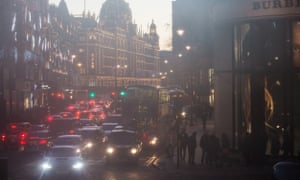 It is also getting worse, as the world’s population swells towards 9 billion and cities rapidly grow. Particulate pollution is the scourge of India, home to a host of terribly polluted cities, and many parts of the developing world where urbanisation is most rapid.

But developed nations face air pollution problems too. In Europe, the deviousness of car manufacturers and the failure of regulators have left diesel vehicles belching out many times more nitrogen dioxide than was ever thought safe. In the UK alone, illegal levels of NO2 cause more than 60 premature deaths a day.

Toxic air is a major cause of heart attacks, strokes and lung diseases – the causes that are put in death certificates. But researchers are finding ever more varied and worrying impacts of breathing noxious air.

Air pollution has now been linked to increased mental illness, diabetes and kidney disease, and toxic nanoparticles have been recently discovered in brains, suggesting a link to degenerative brain diseases such as Alzheimer’s. It is even thought to be prematurely ageing the faces of city dwellers, by accelerating wrinkles and age spots.

But perhaps the most worrying impacts are on children, whose lung development is stunted and whose intelligence can be reduced. Unicef found recently that 300 million children live in areas with extreme air pollution – six times higher than international guidelines – and that almost 90% of the world’s children live in places where outdoor air pollution exceeds World Health Organization limits.

Amid this gloom, there are glimmers of hope. China, for many years home to the worst air pollution hotspots in the world, has seen remarkable improvements in many places. Its drive to clear the air has been propelled by both the public’s concern for their health and fears about climate change.

Increasing efforts to fight global warming by cutting fossil fuel burning will help cut air pollution, not least because the rollout of electric cars is finally gathering pace. Some major world cities are also tackling direct action against their traffic smog, by setting dates by which the worst polluting cars will be banned. The huge cuts in health costs that could be won with cleaner air are also becoming better understood.

The battle against air pollution has finally begun, and it is on the streets of the world’s burgeoning cities that it will be won, or lost.

Guardian Cities is dedicating a week to exploring one of the worst preventable causes of death around the world: air pollution. Explore our coverage here and follow Guardian Cities on Twitter and Facebook to join the discussion

Source: The war against air pollution has begun – and it will be fought in cities | Cities | The Guardian