No 10 will not challenge high court judgment, which rejected ministers’ efforts to keep policy secret until after election 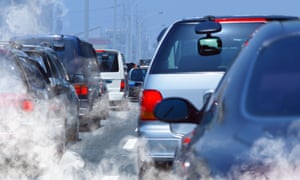 A draft plan to tackle air pollution will finally be published within the next week, after No 10 said it would not challenge a court ruling forcing the government to release information before the election.

Theresa May’s official spokesman said the government would not appeal against the high court judg ment, which rejected attempts by ministers to keep the policy under wraps until after the poll.

This means the government will have to publish its draft air-quality plan before 9 May , but No 10 said it wanted to wait until after the purdah period for the local elections was over on Thursday.

The strategy will set out how ministers plan to tackle the UK’s air pollution crisis, which is believed to be responsible for 40,000 premature deaths a year.

Ministers had applied to the court to keep their plans secret until after the general election, saying it was necessary to “comply with pre-election propriety rules”.

But Mr Justice Garnham said the environment secretary, Andrea Leadsom, was in breach of a court order to take action in the shortest possible time and that any further delays would constitute a further breach.

He said it was essential to publish draft plans to cut air pollution immediately to safeguard public health. The judge rejected a government application to appeal, saying ministers would have to go to the appeal court if they wanted to seek permission to challenge his ruling.

Garnham ordered ministers to publish their draft plan within two weeks – five days after local elections on 4 May – and said the government must comply with his original order and release their final policy on tackling the crisis by 31 July.

“The continued failure of the government to comply with directives and regulations constitutes a significant threat to public health,” he said.

The judge said government figures showed that nitrogen dioxide pollution – primarily from diesel traffic – was linked to the premature deaths of 23,500 people a year in the UK. “That is more than 64 deaths each day,” Garnham said.

The court decided the threat to public health constituted “exceptional circumstances”, which meant purdah guidelines in the run-up to a general election could be waived. “Immediate publication [of the policy] is essential,” he said.

It was the latest legal blow to the government after it lost a court case brought by the environmental group ClientEarth over its failure to take measures to reduce air pollution, which put it in breach of EU law and domestic regulations.

The judge said the government’s original plans were so poor as to be unlawful. They included five clean-air zones. The judge gave ministers until 4pm on 24 April to present a new draft policy to tackle air pollution from diesel traffic.

The government was then called to court by Garnham to explain why it had made a last-minute application late last Friday to delay publication of a draft policy to tackle air pollution until after the election.

James Eadie QC, representing the government, said the policy was ready to be published but it would be controversial and should therefore be withheld until after the election.

“If you publish a draft plan, it drops all the issues of controversy into the election … like dropping a controversial bomb,” he said, adding that it could risk breaching rules about civil service neutrality and lead to the policy being labelled a Tory plan.

But Garnham said in his judgment that purdah was not a principle of law and the exceptional circumstances of the threat to public health that meant its rules could be overridden.

“It does not give ministers a defence to the principles of private and public law … It is not binding on the courts. It provides no immediate right for an extension of time to comply with an order of the court. It is not a trump card,” he said.

The judge said the court had in November ordered Leadsom to publish the draft plan to tackle illegal levels of air pollution and that she had still failed to do so.