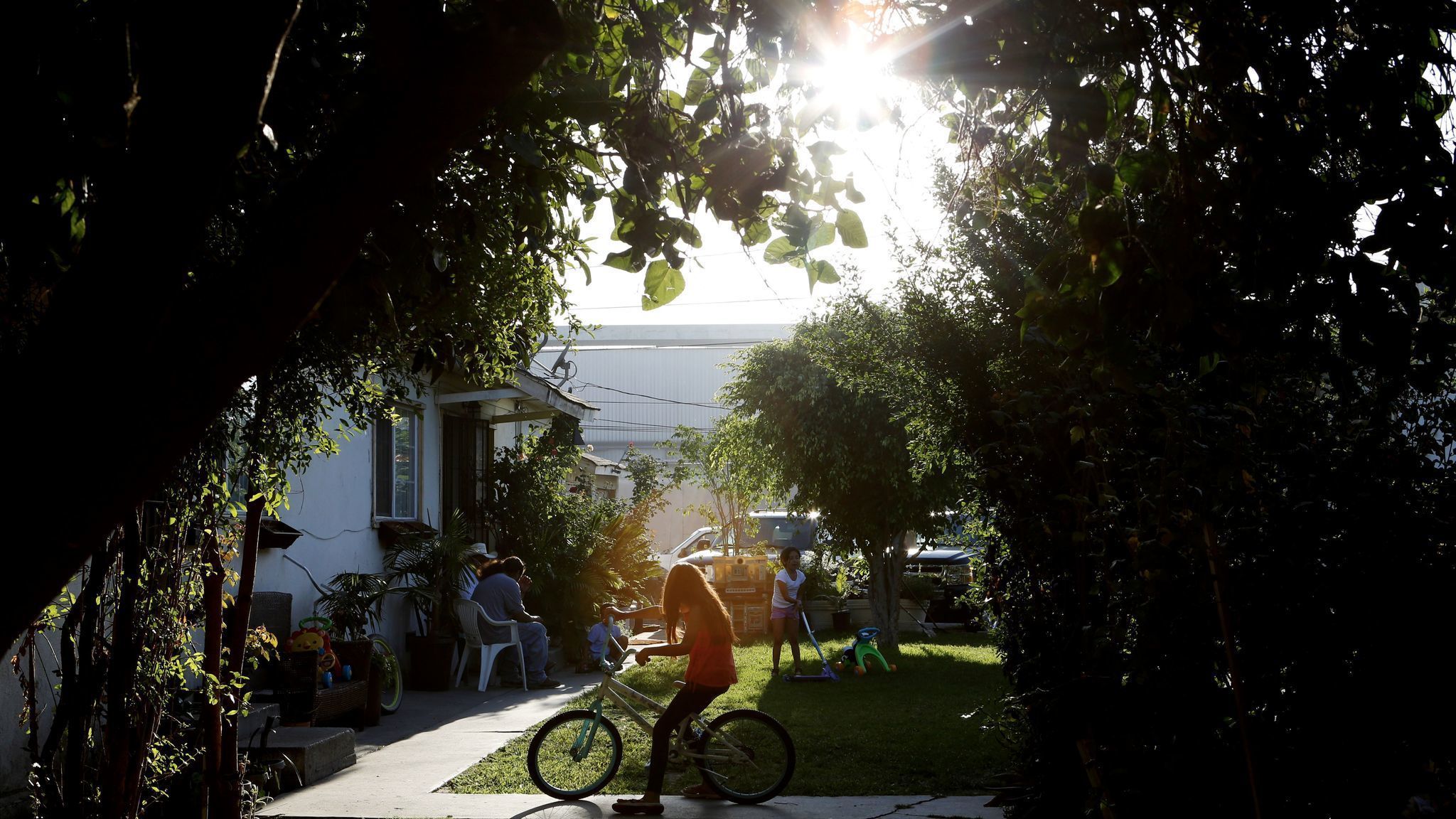 The law, which goes into effect Jan. 1, follows years of frustration in communities such as Paramount, Boyle Heights and Maywood — where regulators have struggled to stop highly polluting operations after discovering hot spots of Chromium-6, lead and other dangerous pollutants.

Currently, air regulators seeking orders to curtail operations that violate rules and threaten public health must go through an administrative hearing board. The process can take months, while the pollution continues unabated.

As a result, residents “were being told: ‘You are in grave danger, but we can’t do anything about it,’ ” said Assemblywoman Cristina Garcia (D-Bell Gardens), who wrote the legislation.

“What we’re saying today is that when we have imminent health threats, that trumps the right to do business,” Garcia said.

The new law will give pollution control officers the power to issue immediate orders to stop polluting operations when violations pose an “imminent and substantial” danger. The orders are temporary, pending a hearing before an administrative board.

The district, which sponsored the legislation, has pointed to five recent cases where inadequate enforcement authority prevented it from taking swift action to stop a facility’s harmful emissions.

At Anaplex Corp., a metal-finishing facility in Paramount, it took the South Coast air district months to secure an administrative order to curtail operations after the carcinogen Chromium-6 was detected last fall at levels up to 350 times normal. The district has said it would have used the new authority to stop dangerous levels of lead from the now-shuttered battery recycler Exide Technologies in Vernon and Chromium-6 from Hixson Metal Finishing in Newport Beach, among other cases.

Some industry groups opposed the legislation, while cities backed it as giving air districts the tools they need to protect residents.

Nastri said the law “provides additional protection for the breathing public and also ensures due process for any affected businesses.”

Stronger enforcement authority also is key to a $47-million air toxics plan that the South Coast district announced earlier this year to find and reduce emissions from the worst-polluting facilities over the next seven years. The initiative targets an estimated 1,100 metal-processing facilities that may be releasing toxic pollutants such as Chromium-6, lead, arsenic, cadmium and nickel.