Why change what we have done for a Zillion Years? 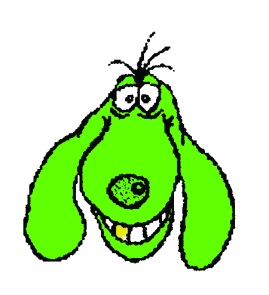 The ‘Totobobo SuperCool mask’ (which I do not endorse) says that you have to relearn your breathing technique. Not for any tantric enhancement but to suit the fact that the TB mask FAILS to cover your nose!  Yes, the big built-in filter system on our face that protects us all has to remain uncovered for the TB mask to work. One ‘wrong’ breathing cycle, inhaling through the nose and exhaling through the mouth, the common (normal) breathing pattern in humans, will negate all the effort expended.

Trying to learn to breathe in an alternative way to what we instinctively have done since the dawn of civilization is frankly unbreathable!

Are we the only people to think like this? … No! Check out what another reviewer with his evolutionary head firmly on his shoulders has to say on the subject.

“The Totobobo SuperCool (or mini) mask”

— This covers the mouth only – costs around Rs.1000, purchased from BOTS:

I think the Totobobo folks designed this mask exclusively for cycling since the original model fogs up one’s glasses. Totobobo suggests that you breathe in with the mouth and breathe out with the nose — with the promise that “you’ll get used to it”. I was skeptical, but curious enough to try it out. I rode with the mask for a week and gave up on it completely. There is a reason we humans evolved with noses and this is a complete departure from traditional breathing. While breathing heavily, I tend to use both my nose and my mouth. Largely, breathing is a sub-conscious activity — the SuperCool makes it a conscious activity requiring a lot of effort on my part to get it right — i.e. inhale with the mouth and exhale with the nose. If I stop thinking about it, I go back to breathing polluted air since I’m breathing with my nose again.

1. Does not fog up the glasses.

2. You can breathe in non-filtered “air” through the nose in non-polluted areas — but hey, you’re lucky if you find such routes during your commute where a mask is not necessary.

3. Seals better than the Totobobo Original since the nose bridge doesn’t get in the way.

1. Inhaling via the mouth and exhaling via the nose just doesn’t seem right — I wasn’t able to get used to this pattern and thus gave up on this mask.

Would I recommend TotoBobo (SuperCool) to cyclists?

Or anybody else for that matter! …Smog the Dog, Toxin City

P.S. “With growing number of vehicles in swelling cities the world over, an anti-pollution mask worn over the nose and mouth can cut down the particulate matter suspended in the air while respiration.  ” published in Particle and Fibre Toxicology, University of Edinburgh