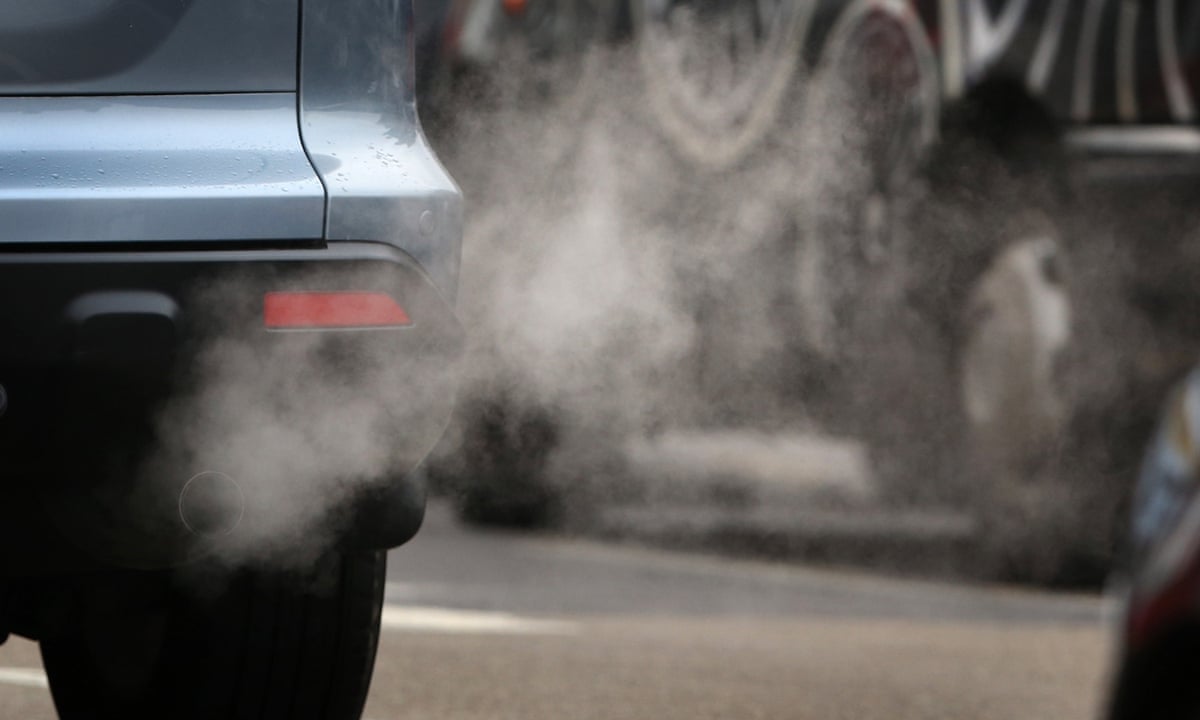 Dozens of UK cities including London, Birmingham, Leeds, Liverpool, Cardiff and Edinburgh will still be in breach of EU limits on air pollution for at least the next five years, despite an air quality action plan issued by the government on Thursday.

The plan is a response to a supreme court ruling in April on the government’s failure to meet European limits of harmful NOx gases, which are mostly caused by diesel traffic and blamed for nearly 9,500 premature deaths each year in London alone.

But the blueprint for cutting NOx lets privately-owned passenger cars off the hook by making them exempt, and only includes so-called clean air zones for five cities, in addition to one already planned in London.

Alan Andrews, a lawyer for ClientEarth, the NGO which won the supreme court case, said: “These are better than the draft plans [published in September] but they’re still not good enough. They need to go much further and much faster, and we’ll be going back to court.”

He added: “The original deadline for compliance was 2010. The supreme court ordered plans to achieve compliance as soon as possible, yet the government is acting as if 2020 is somehow okay. Every year that goes by, thousands more people will die or be made seriously ill.”

Under the plan, so-called clean air zones will be introduced in Birmingham, Leeds, Nottingham, Derby and Southampton by 2020. The owners of the dirtiest buses, coaches, lorries and taxis will have to pay a charge to enter the zones, but newer and cleaner models will be exempt.

However, privately-owned passenger cars, which make up 88% of the UK’s motor fleet , will also be exempt from paying a charge. In pollution hotspots, vehicles are responsible for around 80% of NOx emissions.

The plan projects that London will be in compliance by 2025 rather than 2030 as expected before. Leeds and Birmingham will meet the limits by 2020, instead of 2025 without the plans.

But the compliance date of 2020 for many cities – including Manchester, Cardiff and Edinburgh – remains unchanged by the plans.

Elizabeth Truss, environment secretary, said: “Our clean air zones are targeted on the largest vehicles, whilst not affecting car owners and minimising the impact on business.

“We want to ensure people can continue to drive into city centres and by targeting action at the most polluting coaches, taxis, buses and lorries we will encourage the use of cleaner vehicles.”

The UK has been in breach of EU limits on annual mean NOx concentrations since 2010 and pleaded for extensions. That led the NGO ClientEarth to bring a court case against the government which culminated in a unanimous verdict in the supreme court ordering a clean-up plan by the end of 2015.

The resulting plan today comes just days after it was revealed that the UK was lobbying against new European limits for carmakers on NOx. The government blames much of the UK’s pollution woes on the failure to introduce real world driving tests in Europe, but the UK has lobbied against those in Brussels.

A spokeswoman for the environment department could not explain why 88% of the UK motor fleet was being exempted, but said the focus was on targeting the oldest and most polluting vehicles.

The department said it expected 35 of 43 air quality zones to meet NOx limits by 2020, up from 28 under its earlier projections. “This will lead to significant benefits for the UK, including helping to avoid health impacts,” it said.

The government will be consulting with local authorities on the level of the fees charged to deter the dirtiest lorries, coaches and taxis ahead of the zones taking effect by 2020.