Log fires or traffic fumes: what’s the real cause of Bergen’s air pollution?

A recent spate of bad air days caused the Norwegian city to introduce a controversial alternate-day car ban. Yet research shows the burning of logs in homes is a far bigger contributor to Bergen’s pollution problems 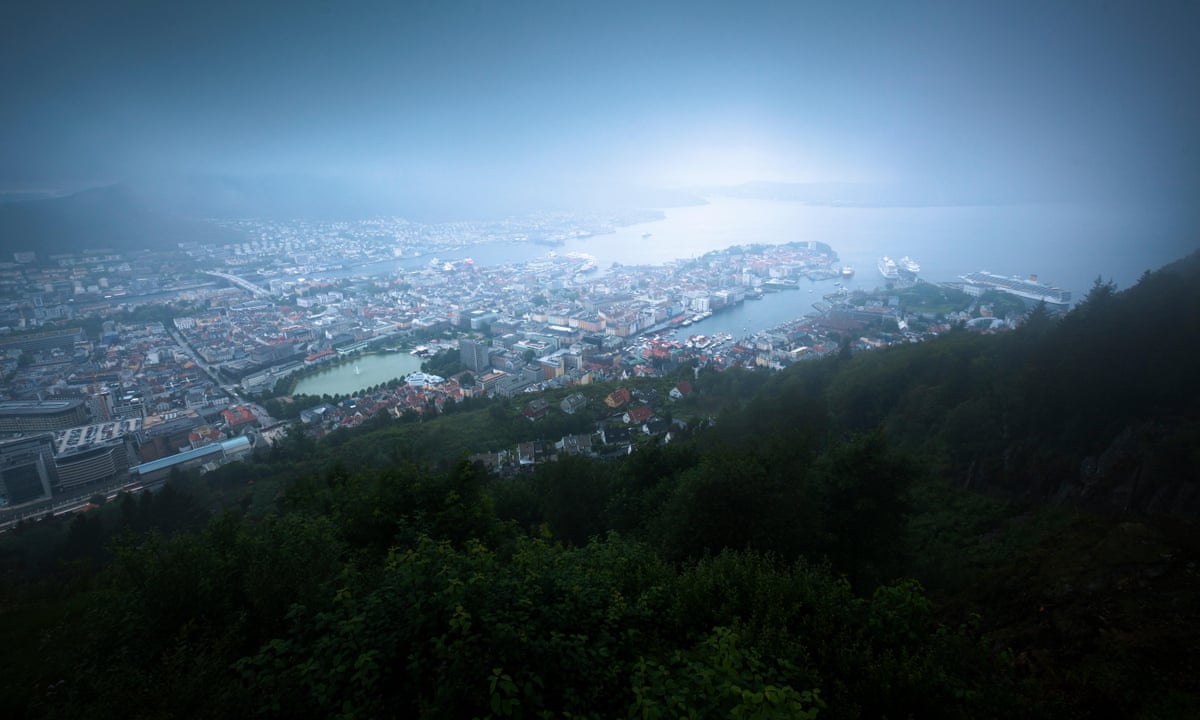 The air quality in Norway’s second largest city, Bergen, grew so bad earlier this month that the council surprised residents by introducing a week-long, alternate-day plan for private vehicles based on their number plates. Cars with odd-numbered endings were allowed to drive on odd dates, while those with even endings could drive on even dates.

The plan, which terminated on 13 January as snowfall finally cleaned the air, reflected the fact that traffic is typically raised in public debates as the major cause of this pollution. But the reality is rather different: new research shows that in Norway, the burning of logs in homes is a far bigger contributor to the problem than traffic – and more damaging to residents’ health.

Recently, the Norwegian Institute for Air Research (NILU) published statistics showing that “particulate matter from log burning in cities is more dangerous than pollution from traffic”. Research by Statistics Norway (SSB), meanwhile, concluded that 61% of the particulate matter in Norway’s air stems from its 1.7 million existing log fires, compared to 39% from private vehicles, buses and lorries.

With more than 275,000 inhabitants, Bergen is the largest city on the western coast of Norway. Surrounded by seven mountains, its picturesque city centre boasts timber seaside warehouses that are on Unesco’s world heritage list. Its proximity to Norway’s fjords keeps residents and visitors in close contact with natural delights both green and blue.

That such a reputedly unspoilt city has become so heavily polluted is a subject of major concern for its inhabitants, and the causes are much discussed by local media. As well as the vehicle traffic and the grey, at times black, smoke from private and public chimneys, Bergen’s deep-water port also services huge supply ships that move equipment to oil installations out in the North Sea.

In winter, the weather phenomenon of temperature inversion worsens the situation. A horizontal “lid” forms over the city when the air near the ground is colder (and so heavier) than the air above it, trapping the polluted air which then fills up with more particles from vehicles, log- and oil-burners.

People with heart- or lung-related illnesses are periodically encouraged to stay indoors to avoid being exposed to this pollution. For the worst hit, it can be like breathing through a straw while your nose is blocked; for others, sore throats and eyes are the typical symptoms. Over the years, numerous residents have moved out of the city in order to improve their quality of life.

Terje Kindt-Lien, a retired engineer who was born and still lives in Bergen, recalls days 40 years ago when the city centre was hardly visible from the hillsides above due to the coke and log fires burning in peoples’ homes. In his view, “the effect of the alternate car-use scheme has been marginal – I notice an extremely small difference. Visually, the impression is still that the air is grey.” 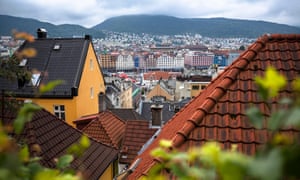 Kindt-Lien is concerned that other sources of pollution are not being adequately dealt with: “The main polluter is perhaps not the private car,” he says. “The city council’s former deposit scheme for exchanging old private log burners with modern ones used to offer 5,000 krone (£400) per burner, but it was terminated a few years ago as it seems they ran out of money. It could be reintroduced. The municipality has also not ordered all public buildings to terminate the use of oil for heating.”

Kindt-Lien is also troubled by all the supply ships that visit Bergen’s port: “While the focus has been on the private car, one supply ship during 24 hours emits the equivalent pollution of 4,800 cars. So, the alternate car ban is unbalanced.”

Across several Norwegian cities, it has been reported that death tolls for people with heart and lung disease generally increase three-to-five days after pollution levels peak. According to Christina Guerreiro from NILU: “1,700 Norwegians die prematurely every year from being exposed to log fire particulate matter.”

This is confirmed by data from the European Environment Agency which records that, of approximately 2,000 Norwegians who died prematurely in 2012 because of air pollution, “more than 80% of the deaths were not caused by nitric oxide from diesel fumes – but by the fine small particles stemming from burning wood”.

According to Guerreiro, these particles – known as PM2.5 – not only enter deep into people’s lungs but also “the blood circulation system and have an impact on the cardiovascular system [heart and blood vessels]”.

Speaking while the alternate car-use scheme was in effect, Bergen’s councillor for climate, Julie Andersland, said she was aware of the potential effects of log burning but that the council had not yet discussed a ban. “In Bergen, it is hard to ban heating by logs because of other health-related worries, including people freezing. We have many poorly insulated, old timber houses where log fires are a major heat source. But we are working on this. If a ban is considered, the city council will have to agree on a new regulation and we are not there yet.”

Two days later, a message on the Bergen council website stated that the city “has started working on the introduction of a deposit scheme for old log burners to be implemented as soon as possible”.

Other European cities have already acted to deal with the challenges of log fires. From 1 January 2015, the use of log fires for heating was banned in Paris and seven of its surrounding regions (the ban includes open fireplaces and log burners). From the same date, 435 other cities in France banned open fireplaces.

This ban was enforced because of the low heating efficiency of open fireplaces (less than 20% of a log’s energy ends up as heat in the room), and the heavy air pollution caused by not burning the logs properly. Modern, clean-burning and closed fireplaces are not banned; their higher efficiency, around 80%, results in less particulate matter.

Andersland said she was aware of the Paris ban, adding that “there has not yet been a wide discussion in Bergen on this, although I get more and more input from people on the issue nowadays”.

It is a controversial subject, not least because Norwegians love their log fires. In 2013, the state-owned TV station NRK famously televised a 12-hour, prime-time “slow” programme on log fires titled “National Firewood evening, night and morning”. According to the New York Times, “The programme consisted mostly of people in parkas chatting and chopping in the woods – and then eight hours of a fire burning in a fireplace.” It followed on the heels of the bestselling book, Norwegian Wood: Chopping, Drying and Stacking Wood the Scandinavian Way, by Lars Mytting.

In addition, Norwegians can be reluctant to “talk down” the traditional image of Norway as a huge, unspoilt land and beautiful country, in spite of hard-hitting air quality data from both national and international institutions.

In December 2014, for example, the EFTA Surveillance Authority decided to take Norway to its court for a breach of the EU’s Air Quality Directive, following a complaint by the Norwegian Asthma and Allergy Association. Norway lost.The judgment stated: “It is indisputable that the tolerance levels were surpassed in Oslo, Bergen, Trondheim and the western region as early as 2008.”

So now, even if only temporarily, Bergen has had to do what the Greek capital, Athens, did decades ago: introduce alternate-day car use. “There has been an expected traffic reduction of 14-19% so far,” Andersland told the Guardian after five days of the ban. “When we tried this in 2010 the effect was 25%, but at that time there were fewer exemptions than today.”

Critics of the scheme, however, say it did little to address the fact that some cars produce much more pollution than others. Meanwhile, the grey smoke keeps on rising from Bergen’s chimneys, and the dangers of log burning are barely on the agenda.

Professor Harald N Røstvik specialises in sustainable architecture at the Bergen School of Architecture and UiS, and is the author of Corruption the Nobel Way: Dirty Fuels and the Sunshine Revolution