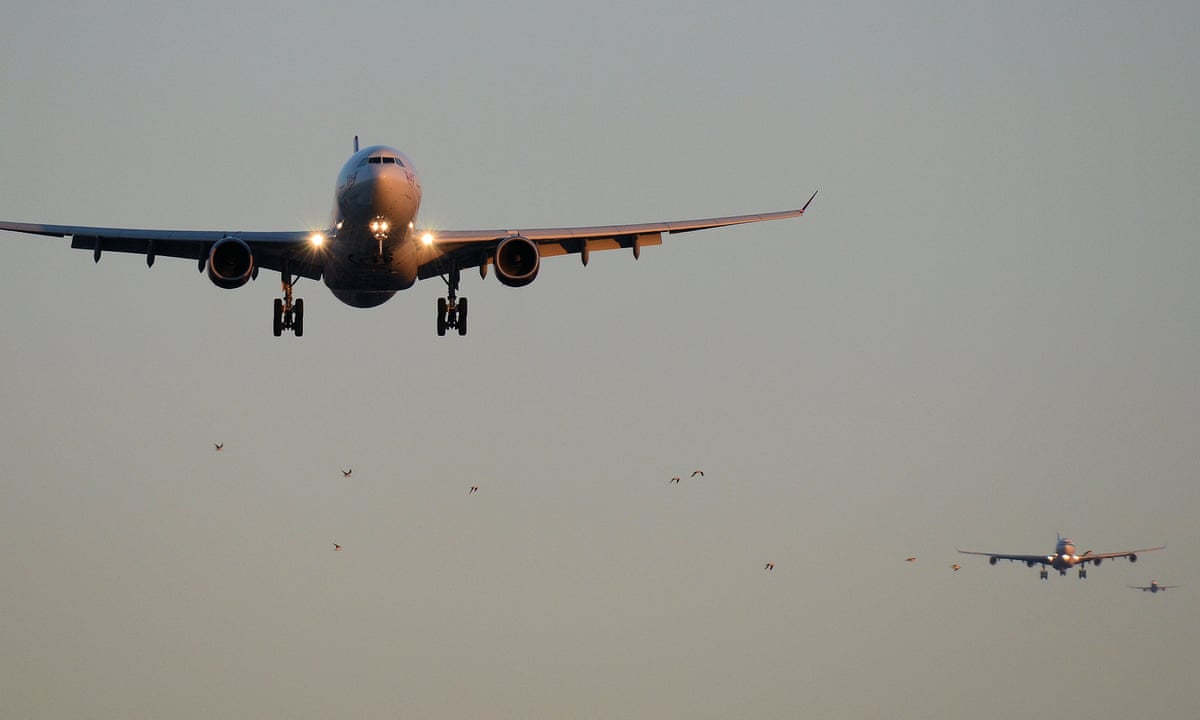 Air pollution from planes in Europe is to rise by nearly half in the next two decades, according to the EU’s first aviation environment report.

Aircraft emissions of nitrogen oxides (NOx), which are linked to lung damage, doubled since 1990 and are forecast to rise 43% by 2035.

The increase so far tracks a rise in the number of flights over the last 25 years, and a similar jump in the sector’s carbon dioxide emissions.

Airlines have reduced their planes’ NOx emissions in the last decade as the Committee on Aviation Environmental Protection (CAEP) has tightened standards. But the improvements are coming too slowly, the report says.

“We expect that the increase in growth in the air transport sector is going to offset those technological and operational efficiencies, leading to an absolute increase in emissions,” an official with the European Aviation Safety Agency told the Guardian.

NOx is an indirect greenhouse gas created by fuel combustion, that can lead to the formation of health-damaging air pollutants such as particulate matter (PM).

Around 23,500 Britons die prematurely each year from exposure to NOx, according to provisional government figures. Another 29,000 people die early from the effects of PM pollution.

High NOx concentrations around airports are a particular public health concern with Heathrow airport breaching safety limits in several different locations and times in 2012, according to its own measurements.

The UK government has been in beach of EU air quality laws since 2010, but a cleanup plan published in December did not envisage cities such as London becoming compliant for another decade.
Campaigners say that increasing emissions standards during aircraft landings and take offs would have the double benefit of protecting people who live close to airports and cutting the cruise emissions of airplanes in the future, as better engines are developed.

“The doubling of NOx emissions from aviation since 1990 is having a huge impact on our health and climate,” said Andrew Murphy, the aviation and shipping officer for Transport and Environment. “EU and international policies need to be urgently strengthened to reverse this trend, and that must include tighter emissions standards.”

The EU’s transport commissioner, Violeta Bulc, said that the report was intended to feed into international discussions on reducing planes’ emissions.

“Aviation brings significant economic and social benefits to Europe, but also has an impact on the environment,” she said. “In 2016, the EU will reach out to its partners to take global and ambitious steps.”

That process will begin in earnest in Montreal next week when a committee of the UN International Civil Aviation Organization meets to discuss a new CO2 standard for planes, and market measures to drive emissions down.

Source: Air pollution from Europe’s planes set to rise by nearly half | Environment | The Guardian