Toxic air set to cause as many as 9 million premature deaths a year around the world in the next four decades, with economic costs rising to trillions a year 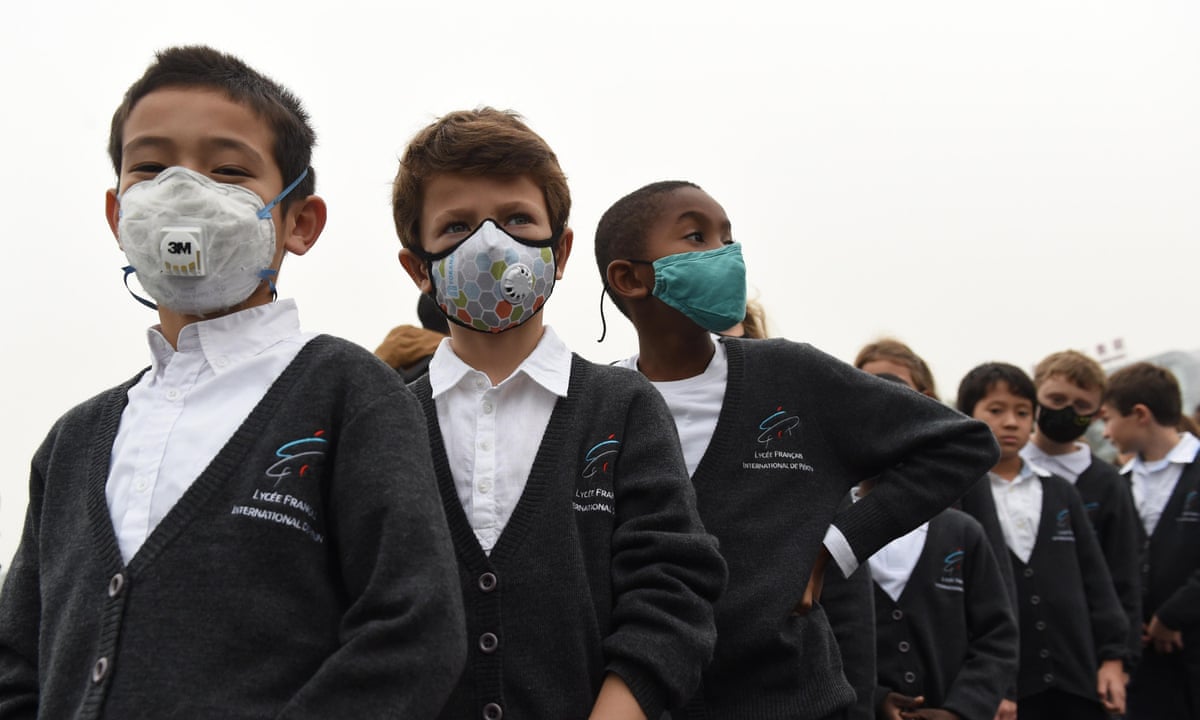 Air pollution is becoming a “terrifying” problem around the globe, one of the world’s leading economic organisations has warned, and will get much worse in the coming decades if urgent steps are not taken to control the pollution.

The Organisation for Economic Cooperation and Development (OECD) said on Thursday that pollution of our air from industry, agriculture and transport was set to cause as many as 9 million premature deaths a year around the world in the next four decades, and the economic costs are likely to rise to about $2.6 tn (£1.8tn) a year over the same period.

“The number of lives cut short by air pollution is already terrible and the potential rise in the next few decades is terrifying,” said Simon Upton, environment director for the organisation. “There will also be a heavy economic cost to not taking action. We must prevent these projections from becoming reality.”

India and China are likely to suffer the most, but the problem is increasing in many developing countries, where economic growth is lifting people out of poverty but where regulations on emissions have lagged behind. In developed countries, the problem is seen as likely to stabilise, though still with a high number of illnesses.

If current trends continue, one person will die prematurely every four or five seconds from air pollution by 2060.

The cost of 1% of global economic output every year by 2060 would equate to about $330 per head of population, arising from sick days, healthcare costs and lost productivity. Bronchitis and asthma are on the rise, fuelled by our dirty air, and the most vulnerable people are children – whose lungs can be permanently stunted by early exposure to pollution – and the elderly.

The warning is the latest in a series of revelations about the dire state of the world’s air, which is being polluted from sources including cars, the over-use of agricultural fertilisers, and heavy industry such as coal-fired power plants.

Earlier this year, the UK’s Royal College of Physicians warned that air pollution was claiming more than 40,000 lives a year in the UK alone. The World Health Organisation said last month that air pollution had risen by 8% in five years, chiefly in fast-growing cities around the world, which it said was “alarming”.

Last year, the cost of the problem was reckoned at about $21bn by the OECD, but this is set to double in coming years, and continue to rise after that. At least 3 million premature deaths were owing to air pollution in 2010, the report found, with particulate matter and harmful gases arising as the main culprits.

In the UK and Europe, the rapid increase in the number of diesel vehicles on the road – encouraged by lower tax rates, because diesel cars produce smaller amounts of greenhouse gases than their petrol-driven counterparts – has been one of the main factors, even as pollution from industry has come under greater control. Farming is also an important source, with recent research finding it had become the single biggest cause of air pollution. That is because gases arising from fertiliser use can combine with pollution from traffic to form bigger particles that lodge in people’s lungs.

Politicians around the world have been slow to respond to the problem, particularly in cities. In London, the previous mayor Boris Johnson covered up a report into the blight of pollution on schools, particularly in deprived areas, the Guardian revealed. The new mayor, Sadiq Khan, has promised a series of measures on the issues, though campaigners are concerned that they will not be enacted soon enough.