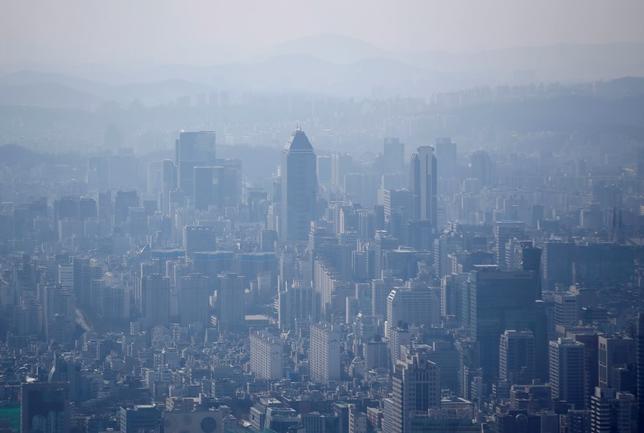 South Korea’s capital of Seoul will limit the number of old diesel vehicles on the roads starting next year, as the country tackles rising air pollution.

Asia’s fourth-biggest economy in June announced a string of measures to address growing concerns about air quality following fine dust particle warnings and Volkswagen’s emissions-test cheating scandal. Seoul aims to bring its air quality to the levels of European peers like London and Paris within a decade.

South Korea’s environment ministry said on Thursday that Seoul will introduce the restriction in 2017 on diesel vehicles registered before 2006, followed by the nearby city of Incheon and then 17 cities in Gyeonggi Province in 2018.

About 1.04 million vehicles will be subject to the regulations.

Older diesel vehicle weighing 2.5 tonnes or more will not be allowed into the so-called “low emission zones” if it is not equipped with an emission-reducing device or a low-pollution engine. A car which does not undergo a regular emission check, or fails to pass the test will be also banned from entering the city.

Whenever a camera spots a non-compliant vehicle being driven in the region, a penalty charge of 200,000 won ($179) will be issued.

The government also plans to implement a diesel car scrappage program in which an automaker offers a discount of up to 1.2 million won to those who trade old diesel cars in for new ones.

Major European cities are also fighting air pollution. Paris last month started to bar old vehicles from the city’s streets from 8 a.m. to 8 p.m. on Mondays to Fridays, while London could introduce an extra charge on the most polluting vehicles entering the center of town.