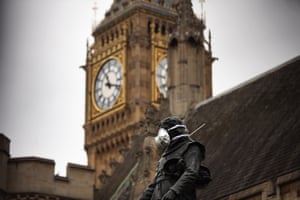 Campaigners have attacked the government for rejecting calls by MPs for greater action on air pollution, as severe pollution episodes were predicted for parts of the UK this week.

MPs warned in April that dangerously high pollution in British cities was a “public health emergency”, and told ministers to take further measures, including more clean air zones and a diesel scrappage scheme.

In its formal response on Tuesday, officials claimed that the government was already spending heavily on cleaner transport and that it plans to consult on a framework for clean air zones later this year.

“We will introduce new, tougher targets which will drive down air pollution from all sources, reducing transboundary pollution and significantly reducing the number of premature deaths across the EU caused by poor air quality,” said the response.

The MPs had wanted all cities to be able to charge polluting vehicles instead of just the five which government is planning to allow. But officials responded: “Local authorities can take action as and when necessary to improve air quality and we encourage them to do so.”

“[The government] has established the UK as a global leader in ultra low-emission vehicles. We are one of the largest and fastest growing markets in Europe and last year around one in five battery electric cars sold in the UK was built in the UK”.

It also flatly rejected the idea of a diesel scrappage scheme: “We have considered the use of scrappage schemes … and have concluded that this may not be an appropriate and proportionate response.”

The publication came as the environment department warned of “very high” air pollution – the worst on the scale – in and around Hull on Wednesday, and “high” pollution across much of northern England. The health advice for very high episodes is for the entire population to reduce physical exercise outdoors, and for asthma sufferers and other vulnerable groups to avoid any exertion.

Health and environment groups reacted angrily to the government response, saying plans to reduce UK pollution were “inadequate” and “in disarray”.

“Despite the mounting evidence of the dangers people face having to breathe our illegally dirty air, the government is refusing to take the bold action needed to cut the 40,000 early deaths from air pollution each year in the UK,” said a spokeswoman for Friends of the Earth.

Bridget Fox, transport campaigner at Campaign for Better Transport, said: “It’s clear that the government’s rhetoric on tackling lethal and illegal levels of air pollution is still not matched by action.”

But David Cameron’s former energy and environment adviser said continuing legal action was unhelpful. In an article on the Green Alliance thinktank’s blog, Stephen Heidari-Robinson said that: “[court action] focuses on compliance with EU standards for just one pollutant, rather than addressing the problem holistically to save lives”.

“Worse, it encourages the belief that Brexit can simply sweep away the problem (it can’t). Second, it sets up a zero sum game – ban cars, save lives – when, to solve the problem with the consent of the population, we need to improve air quality and maintain mobility. And, third, it scares the hell out of officials who might end up in court and diverts their attention towards feeding the legal document monster.”

In a statement ClientEarth chief executive, James Thornton, said court action was a last, but necessary, resort. “It is necessary … particularly when tens of thousands of lives are at risk because an intransigent government persistently fails to comply with the law, which is where we find ourselves on air pollution in the UK.

“What sort of democracy would we be living in if we as citizens have to comply with the laws put in place by government, but ministers can ignore them when they feel like it? Many autocrats enjoy such an ability to ignore the law. But since Magna Carta, we have committed to live under the rule of law, government and citizen alike.”