Grimsby has the worst air pollution in Britain today 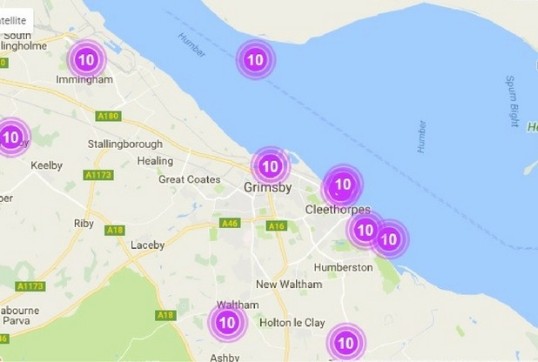 Grimsby has officially among the worst air pollution possible today.

A combination of yesterday’s sweltering heat and easterly winds have produced the worst air quality in the country, as shown on this map.

According to the Department for Environment, Food and Rural Affairs (DEFRA), Grimsby’s air pollution index is ten out of ten – meaning the air quality is the lowest it can be.

Today’s reading comes after residents reported a “smelly pong” stench across the area over the last two days following temperatures that reached 29C yesterday. The smell was believed to have been caused by “muck spreading” with the heat sending the pong across a wide area.

A spokesman for DEFRA said: “It is easterly winds that are the reasons that your bit of the country is experiencing the particularly high levels of the air pollution.

“It is a result of the continued, light easterly winds.”

Despite today’s high levels, though, the outlook for the rest of the week makes better reading, with air pollution expected to be “low” over the next few days.

“A return to westerly air flow and fresher conditions means that air pollution levels will be low in this period,” the spokesman said.