Paris tries something different in the fight against smog 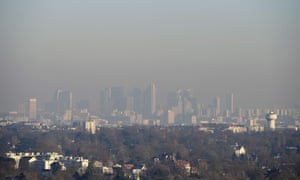 Last week Paris suffered its fourth smog of the winter and tried a new idea to protect its residents from the worst effects. Like many European cities, the Paris region has a well-established system of emergency actions that escalate if smog persists. Initial steps include health warnings, reduced speed limits and restrictions on lorries in the city centre. Final steps include cheaper public (€3.80 for a day pass), and bans on half of cars, using an odd/even number plate system.

Despite gradual long-term improvements in air pollution across Europe, in the last month Oslo and Madrid restricted traffic to protect their residents during smog but there is little evidence on the effectiveness of these schemes. The odd/even car ban during the Paris smog of March 2014 reduced the particle pollution alongside major roads by around 20% in the rush hour, but this was less effective in December 2016 as fewer people left their car at home.

This time, instead of taking half of the cars from the roads, Paris banned the oldest diesels. This was made possible by a new French scheme to label cars according to the pollution that they emit. Electric ones get a green sticker. A petrol car made between 1997 and 2003 gets an orange sticker. The new smog scheme banned the most polluting diesels, those more than 16 years old.

Airparif the Paris pollution network, estimates heating a home for one day with an open fire emits the same particle pollution driving 3,500 km in a typical 2010 diesel car. The city therefore implements a ban on wood burning during smogs.

Source: Paris tries something different in the fight against smog | Environment | The Guardian