Millions of premature births could be linked to air pollution, study finds

Premature births across 183 countries may be associated with fine particulate matter, a common air pollutant, with Africa and Asia especially affected 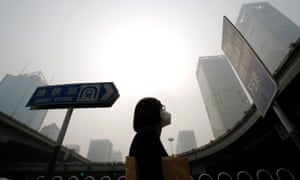 Air pollution could be a contributing factor in millions of premature births around the world each year, a new report has found.

Nearly 15 million babies are born annually before reaching 37 weeks gestation. Premature birth is the leading cause of death among children younger than five years old, and can cause lifelong learning disabilities, visual and hearing problems, the World Health Organization (WHO) reports.

Researchers for the Stockholm Environment Institute (SEI) have concluded that as many as 3.4 million premature births across 183 countries could be associated with fine particulate matter, a common air pollutant, with sub-Saharan Africa, north Africa and south-east Asia most impacted by the issue.

“Preterm birth and associated conditions are one of the biggest killers of children in the US and worldwide,” said Dr Paul Jarris, chief medical officer at the March of Dimes, a US-based nonprofit focused on maternal and baby health. “Yet, there’s a lot of things we don’t know about what causes preterm birth, so every bit of information we can get is helpful.”

“We have known for a long time that air pollution contributes to asthma and heart disease in adults,” said Jarris. “What I think people fail to recognise is that so many of these risk factors impact babies before they are even born.”

Previous studies have looked at how in utero air pollution might negatively impact babies’ birth weight, or the likelihood that they will be born early. SEI’s study, which examined data from 2010, attempted to calculate how those factors might influence the global rate of premature births.

“By showing in our study that 18% of preterm births are associated with air pollution, we are quantifying the health impacts of fine particulate matter on babies before they are born,” said Chris Malley, an SEI researcher and lead author on the study.

Each year, around one in every 10 babies worldwide are born prematurely, according to the WHO. Africa and south Asia bear a disproportionate burden of premature births, accounting for 60% of all premature births globally. That region also dominated SEI’s report of premature birth associated with air pollution. 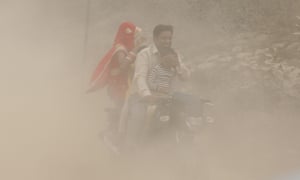 SEI’s new report provides an estimate of potential birth impacts associated with air pollution, but the authors acknowledged that the study had considerable caveats because of a lack of research in some of the most affected areas.

A number of factors have been identified in playing a part on premature birth, including poverty, infection, smoking and substance use, physical activity and maternal education. However, even with the report’s limitations, it is still one of the first to argue that reducing air pollution could also be effective in reducing premature births across the world.

Because of a lack of research in regions such as south-east Asia and Africa, researchers used studies conducted in the US and Europe to estimate global outdoor air pollution exposure.

Indoor cooking fires could play a larger role than the study allows for. “The exposure in Asia, and in part in say, China and India, to outdoor air pollution is significantly higher than outdoor air pollution in the US,” said Malley. “So that’s the other part of the uncertainty, that at these higher levels of exposure we don’t know whether this same relationship holds.”

The report focused on one kind of air pollution considered especially harmful to human health: fine particulate matter. This pollution is made up of tiny particles from a variety of emissions, such as diesel emissions and agricultural fires.

The particles, smaller than 2.5 micrometres in diameter, are considered harmful because they can lodge deep in the lungs, affecting the pulmonary and cardiovascular systems. Past studies have looked at these factors as ways that air pollution may impact preterm birth and low birth weight in babies.

A similar study conducted in the US found that air pollution had a costly impact on unborn children, estimating that the economic impacts cost $4.33bn in 2010.

Researchers said the estimates support their conclusion that “reduction of maternal [air pollution] exposure through emission reduction strategies should be considered alongside mitigation of other risk factors associated with preterm births.”

“This is one more reason why we need to be good stewards of the environment,” said Jarris. “The most vulnerable among us – unborn children – are affected, and really in a way that impacts families’ lives for generations.”

Source: Millions of premature births could be linked to air pollution, study finds | Cities | The Guardian