How to stop the construction industry choking our cities 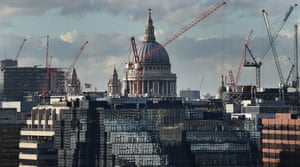 Poor air quality, with diesel the biggest culprit, is now thought to be the cause of 40,000 deaths in the UK each year.

But while cars and lorries have attracted most attention, less reported is the contribution of other polluters to the problem, particularly construction sites.

According to the most detailed air-quality study in the UK, the London Atmospheric Emissions Inventory, construction sites are responsible for approximately 7.5% of damaging nitrogen oxide (NOx) emissions, 8% of large particle emissions (PM10) and 14.5% of emissions of the most dangerous fine particles (PM2.5).

While a small amount of this (about 1%) is dust from site activities like demolition, the vast majority comes from the thousands of diesel diggers, generators and other machines operating on sites. 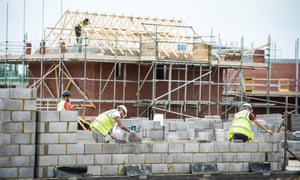 Yet this machinery is not held to the same emissions standards as on-road vehicles. What’s more, its proportionate impact will only get higher as on-road emissions drop, according to Daniel Marsh, King’s College London academic and project manager for the London Low Emission Construction Partnership.

So what are the chances the industry can improve?

Given the construction industry’s questionable history with asbestos, which wasn’t regulated until 1983 or completely banned until 1999 – almost 40 years after the cancer link was proven – some are sceptical. In 2005, the Health and Safety Executive found (pdf) that each year more than 230 construction workers die from cancers caused by exposure to diesel fumes, a figure it hasn’t since updated, even though more is now known about diesel’s noxious effects.

Marsh is particularly concerned about the impact on those working with the most polluting machines. He says: “Now on a construction site if you find asbestos it’s like a scene from ET, people swoop down in protective suits – it has become a huge priority. What the industry has failed to take on board is that diesel emissions should be considered in the same way.”

Despite this general failure to act, there are innovative firms in the industry trying to help clean up. The Greater London Authority is also attempting to clamp down on the problem. In January, Mayor Sadiq Khan said he intends to bring in a fine like the congestion charge to be paid by firms using polluting machines, beefing up groundbreaking emissions rules on central London building sites introduced under his predecessor Boris Johnson.

Leading the charge are firms like Off Grid Energy, which has developed products that turn traditional diesel generators (responsible for an estimated 25% of site emissions) into hybrid machines, reducing fuel consumption by around 60%.

Founder and CEO Danny Jones says the requirement for occasional very high “peak loads” of energy leads builders to use far bigger generators than necessary, which then remain on all day and night. In contrast, Off Grid’s battery system stores excess power, turns off generators when charged, and allows much smaller generators to be used. Just one proposed motorway works installation, Jones says, will be the equivalent of taking 225 cars off the road.

Another firm tackling the problem is Taylor Construction Plant, which is providing the first UK lighting rigs (mobile units that provide bright lighting, generally for working outside after dark but also for security) to be powered by hydrogen fuel cells. This means zero on-site emissions, at a total cost (including fuel) that product manager Simon Meades says is cheaper than the approximately 20,000 conventional generator-powered lighting rigs operating in the UK. After a slow initial uptake, Meades says demand has grown fivefold in the last year.

Even slower to change have been the fleets of diggers and excavators, which until now have relied on powerful diesel engines, but where hybrid technology is finally emerging. Swedish motoring giant Volvo, through its Volvo Construction Equipment subsidiary, has customers currently trialling a prototype hybrid excavator that generates electric power from the down-swing of its boom arm. 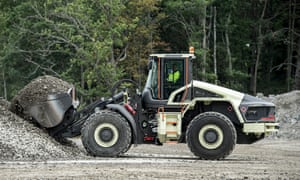 Patrick Lundblad, the firm’s senior VP of technology, says these trials have confirmed the vehicle uses around half the fuel of Volvo’s best-performing conventional excavators. Customer demand doesn’t seem to be an issue either.

“Wherever we go our customers want to have a couple of our green machines,” he says. However, producing it is not straightforward; 98% of the vehicle parts are new, and supply chains are immature, meaning the firm doesn’t know when it’ll be ready for sale.

This is not the only problem. Off Grid’s Jones says resistance to its products from the generator hire industry, which also makes money from selling diesel, came close to driving his firm out of business. “We’re a classic disruptive technology, and our challenge is the reluctance of the diesel generator rental industry to engage in a technology that changes what they do now.”

Source: How to stop the construction industry choking our cities | Guardian Sustainable Business | The Guardian