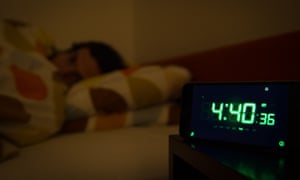 Air pollution might be linked to poor sleep, say researchers looking into the impact of toxic air on our slumbers.

The study explored the proportion of time participants spent asleep in bed at night compared with being awake – a measure known as sleep efficiency.

The results reveal that greater exposure to nitrogen dioxide and small particulates known as PM 2.5s are linked with a greater chance of having low sleep efficiency. That, researchers say, could be down to the impact of air pollution on the body.

“Your nose, your sinuses and the back of your throat can all be irritated by those pollutants so that can cause some sleep disruption as well as from breathing issues,” said Martha Billings, assistant professor of medicine at the University of Washington and co-author of the research. Billings added that pollutants entering the blood could have an effect on the brain and hence the regulation of breathing.

The study, presented at the American Thoracic Society’s annual international conference, drew on air pollution data captured for nitrogen dioxide and PM2.5 levels over a five-year period in six US cities, including data captured near the homes of the 1,863 participants. The data was then used to provide estimates of pollution levels in the home.

Researchers then captured data from medical-grade wearable devices worn by the participants on their wrists over a period of seven consecutive days to monitor fine movements while they slept – an approach that offers insights into how long each participant spent asleep or awake.

The team then took all of the participants and split them into four groups based on their exposure to air pollution.

After taking into account a host of factors including age, smoking status and conditions such as obstructive sleep apnea, the team found that those who were exposed to the highest levels of air pollution over five years were more likely to be in the bottom group for sleep efficiency than those exposed to the lowest levels.

However, it is not clear whether the pollution itself was affecting the participants’ sleep or whether the poorer sleep quality might be down to other factors linked to pollution, such as the noise generated by traffic. In addition, data from one week’s sleep might not reflect an individual’s typical sleep pattern.

Scott Weichenthal, an epidemiologist from McGill University in Canada who was not involved in the study, said the research did not prove that air pollution caused poor sleep, but he added: “There is certainly increasing evidence that air pollution affects our body in ways that we didn’t appreciate before.”

Roy Harrison, professor of environmental health at the University of Birmingham, said a link between pollution and sleep was not unexpected. “Previous research has shown associations between nitrogen dioxide exposures and effects upon various physiological and biochemical functions in the body, as well as hospital admissions and mortality,” he said. “It should therefore come as no surprise that such exposures also affect sleep patterns.”