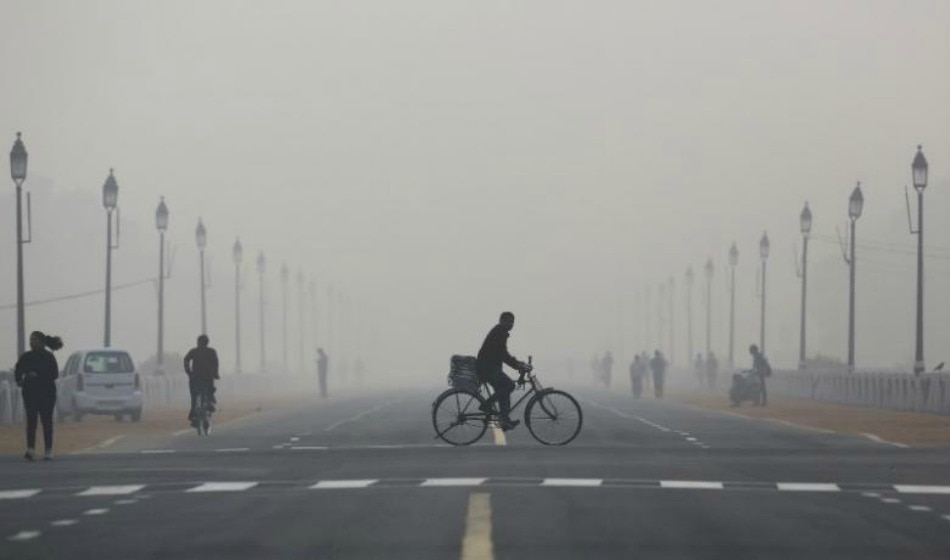 As Hindus across India celebrate Diwali this week, scientists fear a ban on firecrackers and other emergency anti-pollution measures deployed by authorities may not be enough to prevent a repeat of last year’s “airpocalypse” in Delhi.

This time they are taking few chances, as India’s environmental watchdog shut down a coal-fired power plant on Wednesday and banned the use of diesel generators in Delhi.

On Delhi’s outskirts however, farmers are busy burning crop remnants to clear their land before replanting, and the acrid smoke has already begun to drift south, casting a pall over the world’s most polluted capital and leaving millions gasping for breath.

The illegal practice shows no signs of ending, as low-income farmers like Devi say they have no alternative, even if it harms city dwellers miles away.

“We have to burn it. We know this is harmful but what can we do?” Devi, who only gave her last name, told AFP on her farm in Sonipat just 60 kilometres (37 miles) from Delhi.

“We also need to make money for our families,” she said, stoking the smouldering stubble and defending the practice for being cost effective and quicker than other methods to clear her less than an acre farmland.

The sharp reek of burning stubble marks the onset of the pollution season in Delhi as air contaminants soar to dangerous levels.

Nearly 35 million tonnes of post-harvest stubble is burnt annually in Haryana and Punjab, two predominantly rural states near Delhi, despite a nationwide ban on the practice since 2015.

But farmers protest that they alone are not responsible for Delhi’s atrocious air, and say they need more support to shift to a different method of farming.

“The farm fires in northern India certainly worsen the pollution situation, but we need alternatives for it to end,” said Gufran Beig, chief scientist at state-run System of Air Quality Weather Forecasting and Research.

Government-led efforts — from shutting brick kilns to limiting cars on the road — have failed to tackle air pollution, which a US study in February found kills one million people prematurely in India every year.

Last year, levels of PM2.5 — the fine particles linked to higher rates of chronic bronchitis, lung cancer and heart disease — soared to 778 in the days that followed Diwali, prompting the Supreme Court to warn of a public health emergency.

Levels of PM2.5 between 301 and 500 are classified as “hazardous”, while anything over 500 is beyond the official index.

“If there are no remedies, we might see a repeat of last year’s situation,” Beig said.

On Thursday, levels of PM2.5 pollutants in Delhi were hovering around 200 — still eight times the World Health Organization’s safe limit of 25.

In the run-up to Diwali, the government banned a host of older diesel vehicles, temporarily closed some polluting industries and prohibited the burning of waste material.

The emergency measures followed a controversial Supreme Court ban earlier this month on the sale of firecrackers in Delhi during the festive season.

The move upset some revellers, who enjoy setting off crackers to ring in the season, and fireworks vendors who feel they are being unfairly targeted.

“We also live in the city and know our responsibilities,” said Amit Jain, a despondent firecracker vendor in Delhi’s old quarter.

“We also want to breathe clean air, but why target firecrackers and not ban cars, industries and construction?” he told AFP.