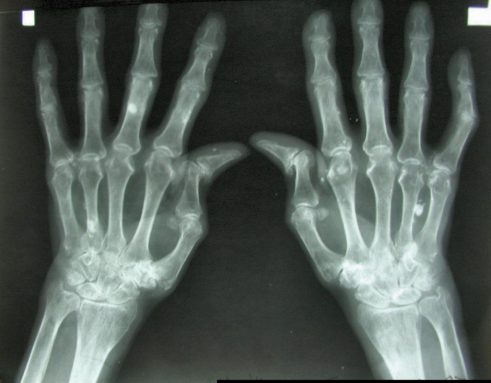 A study in mice showed that air pollution is a risk factor for rheumatoid arthritis.

Air pollution is an aggravating risk factor for rheumatoid arthritis, according to a study published in the medical journal Proceedings of the National Academy of Sciences (PNAS). The conclusions were obtained on mice.

Researchers at the University of Michigan in the United States conducted a study to understand whether there was a link between rheumatoid arthritis, a chronic inflammatory joint disease and environmental factors such as pollution. This pathology affects about 1% of the population, especially women between 40 and 60 years old.

During the study, scientists observed the association between the HLA gene and other environmental pollutants such as air pollution. However, the HLA gene has already been noted as a risk factor for smokers to develop this disease in a more severe form, with greater pain and bone degeneration.

The researchers have isolated dioxin, a toxic pollutant from the hydrocarbon family, resulting from industrial processes but also vehicles and highway traffic as a risk factor for an autoimmune disease, multiple sclerosis.

“We have found a particular enzyme acting as a “channel in the cell” bringing the HLA gene into contact with dioxin. The two culprits would therefore walk together to do more damage, including bone destruction,” said Dr. Joseph Holoshitz, professor of internal medicine at the University of Michigan, author of the study.