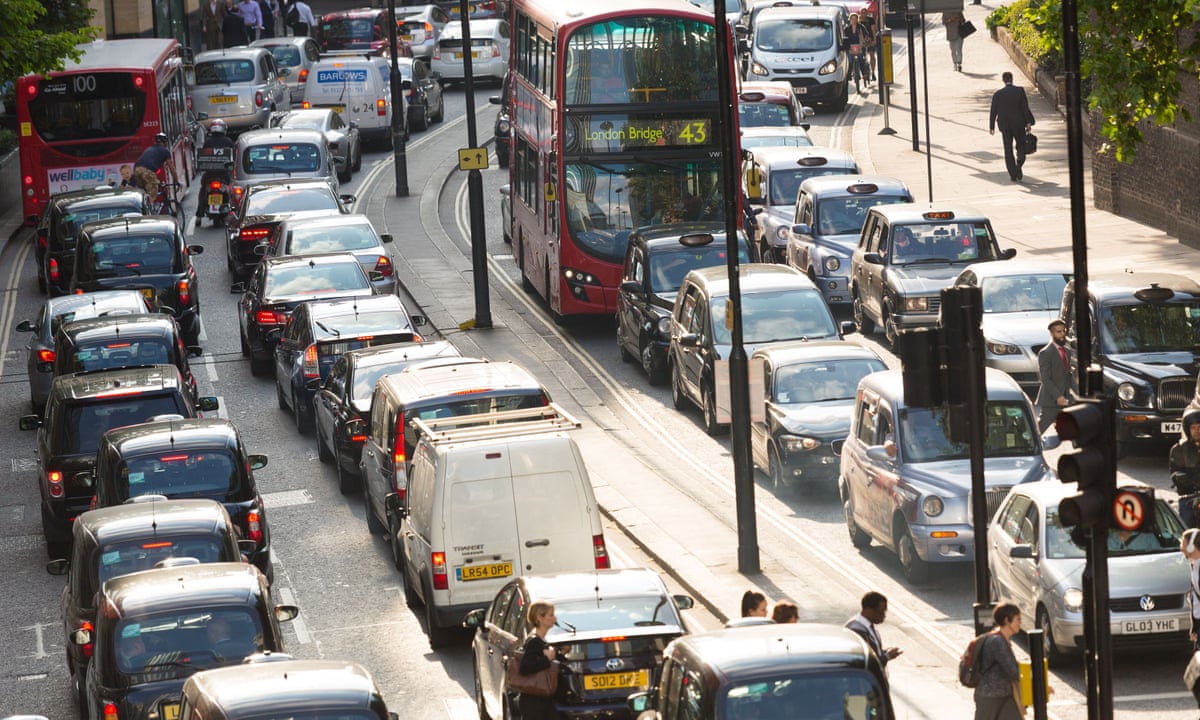 London drivers will be encouraged by volunteers and signs to turn off their engines in traffic jams to tackle the capital’s illegal air pollution levels, under plans announced by Boris Johnson on Thursday.

But campaigners accused the mayor of failing to take hard measures to cut the city’s pollution problem, which has seen six sites including Oxford Street, Knightsbridge and Brixton Road already breach annual limits just weeks into 2016.

Johnson’s Ultra Low Emissions Zone (ULEZ) for cutting pollution does not come into effect until 2020 and only covers central London. The schemes unveiled today are those that have won £5m from an air quality fund.

Nearly £200,000 will be spent on new electronic signs and measuring equipment at Tower Bridge to ask drivers not to leave their engines idling when the bridge opens, causing congestion for the 31,000 cars that cross it daily. But there will be no enforcement or incentive for doing so.

Another scheme will see “friendly, trained volunteers” sent out on to the streets of eight boroughs including the City of London on high pollution days, to talk to drivers about turning their engines off.

“For example, one-fifth of the nitrogen dioxide pollution on Tower Bridge comes from Transport for London’s (TfL) buses. The mayor should at least have kept his promise to ensure that all new TfL buses were clean hybrids or better, and focused on eliminating its outdated polluting fleet.”

Simon Birkett, director of Clean Air in London, said: “With many London roads in central London tending to have the highest concentrations of nitrogen dioxide (NO2) from diesel fumes, in the world, Boris’s track record looks like being the worst in the world.” However, he said that some of the projects awarded under the grant scheme looked good.

ClientEarth, an environmental law firm that successfully forced the government to issue a national air clean-up plan last year, said that Johnson should bring forward the start date of the ULEZ, a move called for by the London assembly last year.

“Any attempt to lower air pollution in London is welcome. However, to really tackle this public health crisis in the shortest time possible the mayor must bring in a much bigger and better Ultra Low Emissions Zone sooner than 2020,” said the group’s healthy air campaigner, Andrea Lee.

Dangerous air pollution in the capital has become a key issue in the 2016 London mayoral contest, with Zac Goldsmith promising a “comprehensive plan to tackle it” and Sadiq Khan saying he will consult on expanding the ULEZ to all of zones one and two to improve air quality. As it stands, Tower Bridge will be outside the current planned ULEZ.